Advancements in technology are being made at lightning speed which means self-driving trucks could be hitting roads over the next couple of years.
By : HT Auto Desk
| Updated on: 30 Oct 2020, 05:48 PM 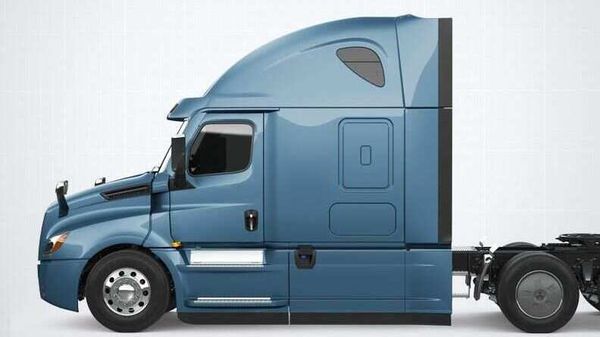 Imagine the reaction when one sees a massive truck rolling down the road from the opposite side without a driver behind the wheel. A nightmarish scene indeed. But that is almost exactly what the future of automobile may hold - minus the scary part - as advancements in technology are constantly bringing self-driving trucks closer to reality.

Leading the way is Daimler - parent company of Mercedes - which recently announced a partnership with Waymo to launch Levl 4 tech in the commercial vehicle segment. And while no timeline has been spelt out yet, analysts tracking autonomous vehicle mobility believe that self-driving and navigating trucks are not too far in the future.

Level 4 may be a giant leap even if the details of the partnership between Daimler and Waymo are to a minimum.

Others like Tesla and GM are working on Level 2 systems which promise to handle certain drive functions but also does require a person behind the wheel to be attentive at all times. Level 4 would expand the control that on-board computers would have and, consequently, limiting the need for human intervention. At all times though, the driver will be expected to pay attention.

Current road rules and laws enacted in almost every country mandate that a driver has his or her hands behind any vehicle that may have autonomous capabilities to any degree. While the US is actively examining whether to relax road rules, the UK recently mooted a proposal to see the possibility of making autonomous vehicles road legal, subject to certain conditions.

Advocates of autonomous vehicles - cars or trucks - claim that AI systems are advanced enough to not only mitigate crashes but also provide a safer drive experience. Tesla CEO Elon Musk, for instance, claimed that the large number of cameras, radars and sensors on EVs will ensure crashes caused by human error are minimized - essentially replacing the need for manual intervention at all. Little wonder then that Tesla is simultaneously working on technology that will offer driver and occupant engagement like video streaming and gaming.

Whether a car or a truck though, advocates and critics of self-driving technology will remain for some time and yet, the advancements ensure that vehicles of the future are closer than ever before.