The union leaders have also sought ₹10,000 per month financial aid for every auto-rickshaw driver to cover for the losses suffered during the coronavirus-induced lockdowns.
By : PTI
| Updated on: 10 Feb 2022, 09:33 AM 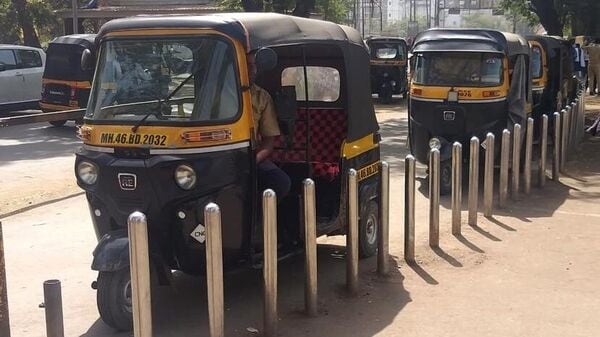 Taxi and auto-rickshaw unions in Mumbai and other parts of Maharashtra opposed motorbike taxi services operated by app-based aggregators, saying they are "illegal" and adversely affecting their business. A delegation of auto-rickshaw drivers and owners, under the leadership of union leader Shashank Rao, submitted a representation to the Maharashtra transport commissioner listing their various demands, which include action against "illegal" two-wheeler taxi services.

Before this, the Seva Sarathi Auto-rickshaw, Taxi and Transport Union from Mumbai and several such organizations in Pune had written to the transport department demanding a ban on app-based bike taxi services of Ola, Uber and two-wheeler taxi aggregator Rapido. "Taxi and auto-rickshaw drivers in Mumbai and other parts of Maharashtra are already going through a tough time since the outbreak of the coronavirus pandemic and the illegal bike taxis plying in Mumbai and other parts of MMR have made the situation worse," DM Gosavi, general secretary of Seva Sarathi union, told PTI.

Gosavi said they have already written to the transport department over the issue and threatened to launch an agitation if the "illegal" bike taxi services are not stopped. In the representation submitted to transport commissioner Avinash Dhakne, the auto-rickshaw drivers and owners demanded deployment of flying squads to stop illegal passenger transportation in the state. "Bike taxi services are illegal," said Dhakane, adding the state government has so far not given permission to operate these two-wheeler taxis.

Ola and Uber did not respond to text messages seeking comments on their motorbike taxi services. According to sources, the Pune RTO has launched a drive against bike taxis of app-based aggregators and taken action against more than 150 bikes for illegal operation.

Some auto-rickshaw unions have warned of an agitation at Pune and other RTO offices next week. In the representation, the union leaders have sought ₹10,000 per month financial aid for every auto-rickshaw driver to cover for the losses suffered during the coronavirus-induced lockdowns. Besides, they demanded waiver of vehicle loan and interest and ₹10 lakh health insurance and accident insurance cover for auto-rickshaw drivers.