Auto Expo 2020: 50 new models to be unveiled amid hopes of revival

With the government urging auto companies to develop more environment-friendly vehicles to reduce pollution and crude oil import, manufacturers are expected to showcase a slew of electric and hybrid vehicles and related concepts at Auto Expo 2020.
By : Malyaban Ghosh
| Updated on: 23 Dec 2019, 12:57 PM 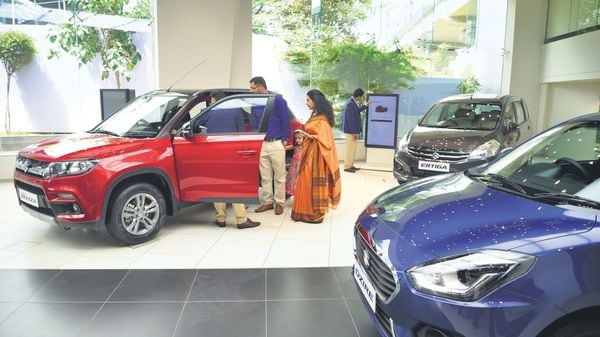 NEW DELHI : Despite a double-digit decline in automobile sales across categories, automakers have decided to unveil more than 50 new vehicles in the upcoming Auto Expo, starting 5 February. The biennial show will, for the first time, host 15-20 mobility startups, said Rajan Wadhera, president, Society of Indian Automobile manufacturers (SIAM), on Friday.

The new models will include refreshed or full-model changes of existing vehicles.

With the government urging auto companies to develop more environment-friendly vehicles to reduce pollution and crude oil import, manufacturers are expected to showcase a slew of electric and hybrid vehicles and related concepts at the event.

According to Wadhera, the auto expo can be the launchpad for the revival of the automobile industry, as customer sentiment has improved and new launches are expected to hit the market next fiscal year.

“After what we went through last year, there was talk about whether the Auto Expo was needed. We also thought of postponing the event by a year, but then we decided to go ahead with it," added Wadhera. “Our objective is to create mass awareness. Our research shows that almost 26% of the attendees are still influenced, even after 12 months of the show."

Automobile sales across categories have declined by double digits in the last one year due to the overall slowdown in the economy. Passenger vehicle sales have been sliding since August 2018 in the wake of the bankruptcy of Infrastructure Leasing and Financial Services Ltd, which triggered a liquidity crunch for non-banking financial companies. Sales measured as factory dispatches fell for 11 consecutive months before posting a marginal increase in October.

Some of the leading manufacturers like Honda Motor Co., Toyota Motor Corp., Hero MotoCorp. and TVS Motor Co. have decided to skip the event.

SIAM is hopeful that the upcoming event will be successful since most players who drive volumes and have market share are participating, said Wadhera, adding that long- range electric vehicles, hybrid vehicles and connected vehicle technology will dominate the show.

Globally, vehicle manufacturers are staying away from participating in auto shows because of falling profitability and sales. Hence organisers are trying to go beyond showcasing just vehicles and concepts.

Senior SIAM executives said it has other plans but will reveal them later. “One launch in Auto Expo takes almost ₹1,600 crore for a manufacturer. So, launches in auto shows may no longer go up if the market does not see a turnaround. If we don’t go beyond three million vehicles it will be difficult for automakers," added Wadhera.