After a stellar show in 2021, Audi India is gearing up to ensure that 2022 is equally strong in terms of product launches and sales performance.
By : Shubhodeep Chakravarty
| Updated on: 04 Feb 2022, 12:10 PM 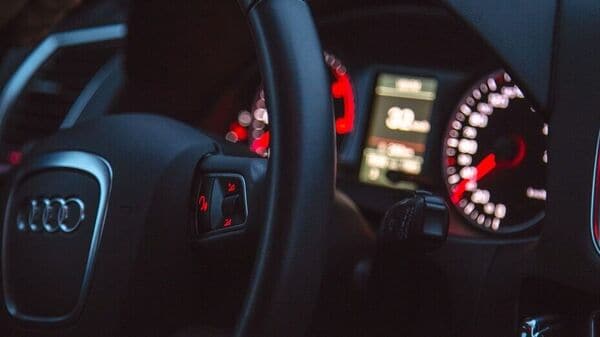 Fresh from scaling new highs in the country in 2021, Audi India is all set to take on 2022 with the same level of enthusiasm and is lining up a slew of products that, the company says, will excite both driving enthusiasts as well as passengers in search of leisurely luxury rides. While there has been an increase in focus on the Q lineup of SUVs in the recent months - Audi India ended 2021 with the launch of the new Q5 and began this year by bringing back the Q7, the company is promising not just a continued product onslaught but year-long availability as well.

In current times, a two-pronged focus has become enormously crucial. While product launches are one part of the push, delivering vehicles in times of global semiconductor chip shortage is another. Speaking to HT Auto, Audi India Head Balbir Singh Dhillon said he is confident both his company's plans as well as the chip crisis easing out. “We have an exciting 2022 planned for the Indian market with niche as well as volume offerings. We will also ensure full-year availability of all our products," he said, adding that while the chip shortage remains a challenge and a concern, Audi India is pushing forward with its plans regardless. “We have been getting our fair share from our HQ. Obviously no automaker anywhere is untouched (by the chip shortage) and we aren't out of the woods yet but I am hopeful."

While Dhillon did not divulge either the names of the models planned for the Indian market or the number of launches one can expect - remember, Mercedes-Benz India has once again revealed 10 launches for the calendar year, Audi India is playing the balancing act well between electric and conventional vehicles. With the most diverse lineup of luxury electric vehicles at present, it may seem unlikely that more would come in in this year. But Dhillon did once again make a case for a favourable policy to encourage localization of battery-powered options. “We have received a strong response for our electric cars. It (local assembly) is not about ‘if’ but ‘when’. We (Indian car market) aren't there yet which is why I feel a three to five year cut on import duty cut could be a positive step."

Reacting to the Union Budget 2022 which was presented in Parliament earlier this week, Dhillon added that the auto industry could indirectly benefit from several announcements made by Finance Minister Nirmala Sitharaman. “The push for 25,000 kms of highways is a good step," he said, adding that better roads tend to translate into better demand for luxury vehicles, especially at a time when many are opting for frequent road trips due to Covid-19.