Atlas Cycles' facility in Sahibabad reportedly produced two lakh cycles every month.Workers here allege they were given no notice of temporary lay offs.
By : ANI
| Updated on: 04 Jun 2020, 03:57 PM 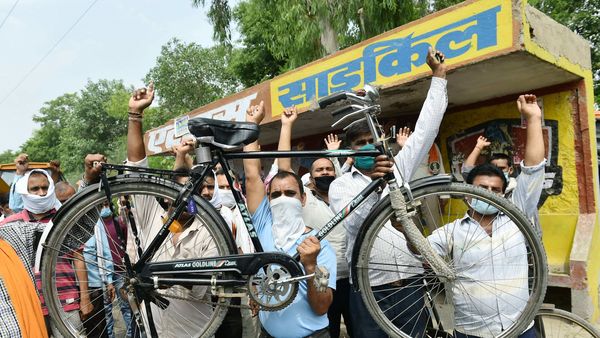 On International World Bicycle Day, which falls on June 3, Atlas Cycles (Haryana) Limited pasted a notice outside its production plant in Sahibabad announcing temporary lay off of its employees.

Mahesh Kumar, a leader of the worker union from the unit told reporters that close to a thousand workers used to work in the factory.

"This notice should have been given in advance, at least a week before to the employees. We were called to duty for two days and then suddenly we found this notice pasted today. Many people will get jobless and will be forced to fend for themselves if the management goes ahead with this decision," Kumar said on Wednesday.

He added that close to two lakh cycles used to be produced in the factory per month.

The workers' union leader further alleged that the company's owners had previously closed down another factory located in another region just a year back in a similar fashion.