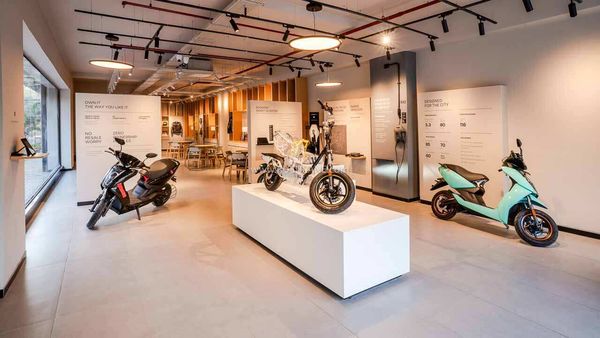 The company had set up its first experience centre in Bengaluru in June 2018 and opened the second one in Chennai followed by Mumbai which was opened in January this year.

Customers in Ahmedabad can now ride the Ather 450X electric scooter and get an in-depth view of the product and its features before pre-ordering the vehicle and can also book test ride slots on the website prior to visiting the experience centre, Ather Energy said in a release.

The Ather 450X Is an upgrade from its predecessor Ather 450, powered with a 6kW PMSM motor, a new 2.9 kWh lithium-ion battery, and comes with four riding modes.

Equipped with complete service support for the owners, the customers can also learn about every aspect of the vehicle at the facility, it said.

The company has been accepting pre-orders for Ather 450X last year and since then has received a phenomenal response from customers across Gujarat.

Ather Energy plans to set up a retail outlet Surat as well, under its second phase of network expansion, which will come up in the second quarter of 2021, said the release.

The company said it has commenced setting up charging points, Ather Grid, in Ahmedabad and has already installed three fast charging points so far in the city.

To encourage adoption of EVs in the city, Ather Energy will provide free charging at Ather Grid for all electric two and four-wheelers till March 2021 and will add 10-12 more charging points to its network, the company said in the release.

Ather Energy currently operates in Bangalore, Chennai, Hyderabad, Pune, Ahmedabad and Mumbai and will expand to a total of 27 cities in 2021, said the release.