Jack Grealish was banned from driving under the totting up of government rules as he smashed his luxury 4x4 Range Rover during the lockdown.
By : HT Auto Desk
| Updated on: 16 Dec 2020, 11:15 AM 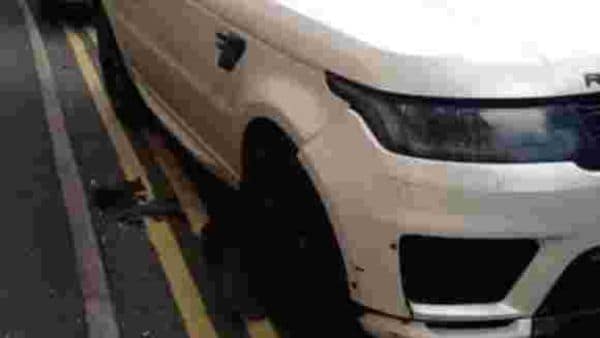 This photo was tweeted by @Hans_LFC

Aston Villa captain Jack Grealish has been fined a total of £82499, with £500 to be paid in costs for the two offences committed by him within seven months of each other. He has also been banned from driving for nine months. The fine amount has to be paid by Grealish within seven days.

Grealish broke the government’s stay at home rules to visit his friend and smashed his black Range Rover into two cars on March 29, just a few days into the coronavirus-induced lockdown. He reversed his car into a silver Citroen van at around 8:40am in Dickins Heath, West Mids in England. After this, he reversed again and collided into a grey Mercedes. When Grealish reversed into two parked cars outside his friend’s house, he allegedly stank of booze. Reports mentioned that he was wearing considerably odd slippers.

Grealish’s lawyer said, “Mr Grealish acknowledges that his driving on two occasions was very poor and he’s deeply ashamed about that."

District judge John Bristow said, "You have caused damage by your driving and you have driven in an intimidating way at excessive speeds on a motorway."

The other offence was committed by the football star in October. When he was being followed by police in an unmarked car, he reached a high speed of 98mph in his Range Rover. “On both March 29 and October 18, the standard of your driving fell below what could be expected of a careful and competent driver," Judge Bristow said.

After the first incident, Grealish had uploaded a video on his twitter handle saying that he is deeply embarrassed about the incident. He also said that he had stupidly agreed to visit his friend during the lockdown.

Less than 24 hours before the loackdown crash, Grealish had himself posted a video on social media appealing people to stay at home and save lives. His lawyer also mentioned that Grealish intends to make a donation to road safety charity brake.