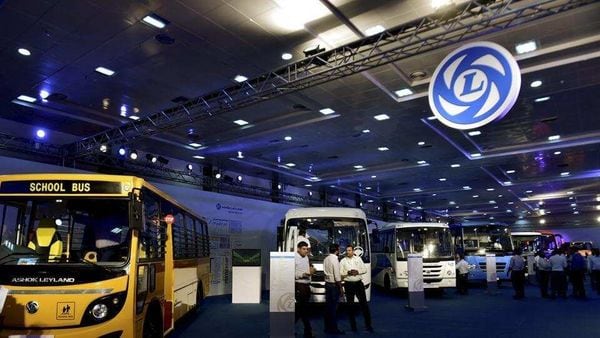 Ashok Leyland has reported 89 per cent decline in total commercial vehicle sales in May. The company which manufactures trucks, buses among other commercial vehicles could sell only 1,420 units last moth. That is a massive drop since May last year when it sold 13,172 units.

Light commercial vehicle sales in the domestic market last month stood at 1,126 units as compared to 4,143 units in May 2019, down 73 per cent, the company said.

The company has already said that the auto industry, especially CVs, was the worst hit by a prolonged slowdown and then the Covid-19 pandemic, and there was an expectation of government support. Last month it had called for government policy intervention for the automotive industry after being left out of the ₹20-lakh crore Aatmanirbhar Bharat economic package.

(Also read: Why a recovery in commercial vehicle sales is still proving elusive)

"There was an expectation of a direct stimulus package in the form of reduction in GST (goods and services tax), an incentive-based vehicle scrappage policy and a thrust on the purchase of buses for public transportation," Ashok Leyland Managing Director and CEO Vipin Sondhi had said in a statement.

This is the need of the hour, and the government should consider a structured policy intervention, he added.

Further, Sondhi said, "An accelerated infrastructure spend in rural India would create assets, jobs and income in rural India, which would bring the movement of goods, thereby also providing a fillip to the CV industry."