If granted the permit, AutoX would be able to test self-driving cars with a backup provided by a remote human operator rather than a driver in the vehicle, a step forward in the race to operate the first commercial driverless delivery vans or taxis in the state.
By : Reuters
| Updated on: 09 Dec 2019, 05:17 PM 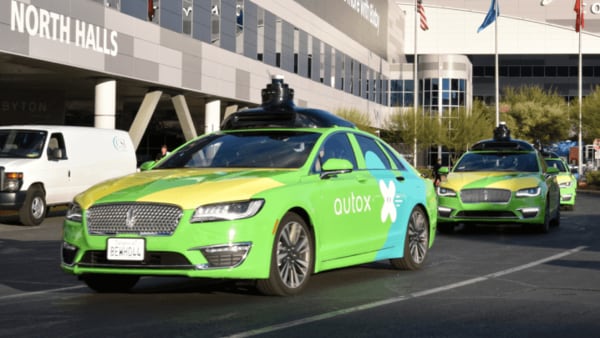 Chinese startup AutoX, backed by e-commerce giant Alibaba, has applied to test self-driving vehicles without an in-car backup driver in California, the first challenger to Alphabet Inc's autonomous driving venture Waymo to say it has done so.

If granted the permit, AutoX would be able to test self-driving cars with a backup provided by a remote human operator rather than a driver in the vehicle, a step forward in the race to operate the first commercial driverless delivery vans or taxis in the state.

Google-backed Waymo is the only company so far to have secured a full license for testing without a safety driver.

AutoX, far smaller than Waymo in scale, is the first of a group of more than 60 companies that have tested with backup drivers in the state to say it is seeking permission for the next level of testing.

"After three years of efforts, we believe that we have a technology that can go in deep, and safe for the public," AutoX Chief Operating Officer Jewel Li told Reuters, confirming it had applied for the permit.

Waymo, General Motors Co unit Cruise and Uber's troubled self-driving unit are among the U.S. tech companies vying for a breakthrough in a market in self-driving vehicles that is struggling to meet its early promise.

AutoX, which counts China's Dongfeng Motor Group along with Alibaba Group Holding Inc among its main investors, was founded in 2016 by former Princeton professor Jianxiong Xiao, a specialist in 3D learning, computer vision and robotics.

The Hong-Kong-based company has raised $143 million so far in funding from investors, according to data provider Pitchbook, deploying 100 RoboTaxi vehicles in China while testing in 10 cities including Shenzhen, Shanghai and San Jose, California, where it has its second base.

Its new application comes at a time when U.S. regulators have been clamping down on Chinese tech players looking to make inroads in the United States.

Tesla Inc, Lyft Inc and Cruise are among the other players with permission from California's Department of Motor Vehicles (DMV) to test self-driving vehicles in the state with backup drivers.

AutoX, however, is one of only four firms holding a separate permit to test cars carrying passengers in the presence of a backup driver.

The others are autonomous tech startup Zoox and Sequoia Capital backed Pony.ai, which has partnerships with Toyota Motor Corp and Hyundai Motor Co.

Zoox and Pony.ai declined to say whether or not they had submitted applications to the Department of Motor Vehicles.