2023 Maruti Eeco leaks on internet ahead of official debut 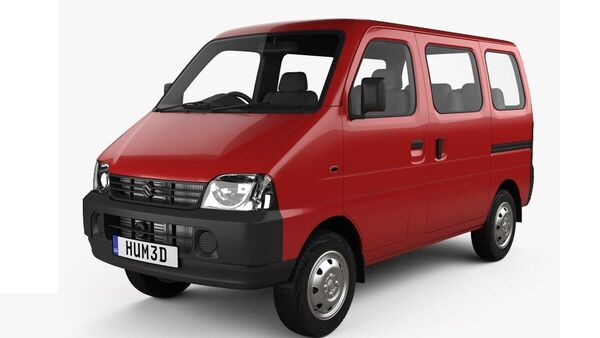 The new 2023 Eeco has leaked on the internet ahead of its official debut.

Maruti Eeco was previously updated with a cleaner, BS 6-spec powertrain back in January 2020. However, the company is now rumored to have been working on a new update that will introduce fresh changes to the exteriors as well as features list. The new 2023 Eeco has now leaked on the internet ahead of its official debut revealing new exterior changes.

As per the leaked images, the 2023 Eeco will receive subtle cosmetic upgrades. While the overall profile will remain unchanged, there will be revised headlamps as well as taillamps. Apart from tweaked lighting, the car will also receive new remastered bumpers on either end, along with new body panels. All these changes will give the Eeco a mildly refreshed appeal. The car could also receive new colour options the details of which may be rolled out late on.

Inside, expect new changes in the from of new interior colours, and refreshed upholstery. There should also be new features to give the car a more thorough update. However, it will continue to be offered in the same five-seat and seven-seat layouts.

Under the hood, expect the model to feature the same 1.2-litre K-series Dual Jet Dual VVT petrol engine. The same powertrain is also seen doing duty on other Maruti cars such as Wagon R, Swift, and Baleno. In its latest BS 6 avatar, the engine produces 89 bhp of power and 113 Nm of torque. And comes paired to a five-speed transmission.

Meanwhile, Maruti Suzuki has has urged the Centre to rethink its proposal to make it mandatory to use 6 airbags in all cars. The proposal, which is yet to be transformed into a rule, aims to enhance safety for passengers on Indian roads. Read more details here.