The new generation Audi Q5 brings with it the promise of returning to its position of strength and make up for its long absence from India post transition to BS 6 engine.
By : Shubhodeep Chakravarty
| Updated on: 22 Nov 2021, 13:42 PM

Ditch diesel, bring in styling changes and update the cabin - the latest Audi Q5 keeps it simple in a bid to return to its winnings formula in India.

The lineup of electric cars from Audi India may have made headlines recently but it is the return of a power player that may well drive up the sales figures for the German luxury brand. The 2021 Audi Q5 may not be battery-powered but it claims to have enough power of its own to once again throw a challenge to rivals in the luxury SUV space. The Audi Q5 will be launched in India on Tuesday, November 22.

Audi Q5 has been a strong performer for not just the brand but in the luxury segment it competes in. But the transition from BS 4 to BS 6 saw the company taking it off its India shelves. It may not have been an easy decision but the return of the vehicle may mean joy for many who had plans of driving one home. While bookings were already opened earlier this month, the new Q5 is likely to start at around ₹55 lakh mark and go up to just under ₹60 lakh (ex showroom).

What can one expect though from the latest Audi Q5?

The latest Q5 gets only subtle changes to its outer body, changes primarily highlighted by a large single-frame octagonal grille with vertical chrome slats, reworked LED units, 19-inch alloy wheels and slightly updated LED tail lights. The rear profile too has been received a minor update. 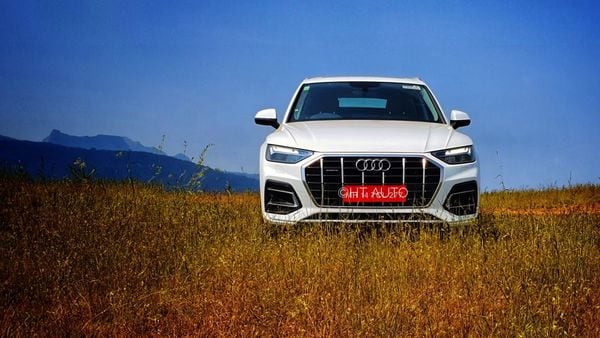 On the prowl: Audi Q5 will renew rivalry against Mercedes GLC and BMW X3.

There is no diesel on offer any longer and the new Audi Q5 instead gets a 2.0-litre four-cylinder petrol engine. It is mated to a seven-speed dual-clutch transmission unit with 249 bhp and 370 Nm of torque on offer. Audi’s Quattro all-wheel-drive system is incorporated as well.