Volkswagen shared some faulty cells and modules from a new supplier resulting in a halt in the production of the ID.Buzz EV.
By : HT Auto Desk
| Updated on: 27 Jun 2022, 19:27 PM 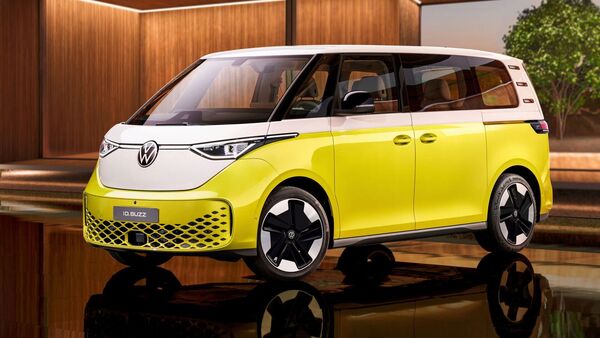 According to a report by a German publication Hannoversche Allgemeine Zeitung, Volkswagen shared some faulty cells and modules from a new supplier resulting in a halt in the production of the ID.Buzz. It has been reported unofficially that due to the issue in the batteries, the performance of the EV is falling short. Features such as the voltage and range are being affected due to this.

Currently, it has been reported the Volkswagen ID. Buzz EV is the only model whose batteries are being taken from a new supplier whose identity remains undisclosed. However, the automaker assures that there are no issues with other EVs that are based on MEB as the batteries of these vehicles are from other manufacturers. A company spokesperson stated, “It is a new battery cell from a different supplier that is currently only used in the ID.Buzz. Therefore, only the production in Hanover is affected, but not other locations."

Around 500 units of the all-electric Volkswagen ID. Buzz has been manufactured and none of them has been delivered yet which means the automaker can resolve the issue in a comparatively lesser time. The Volkswagen Commercial Vehicles aims to manufacture around 15,000 ID. Buzz this year following 1,30,000 units annually after the initial phase.