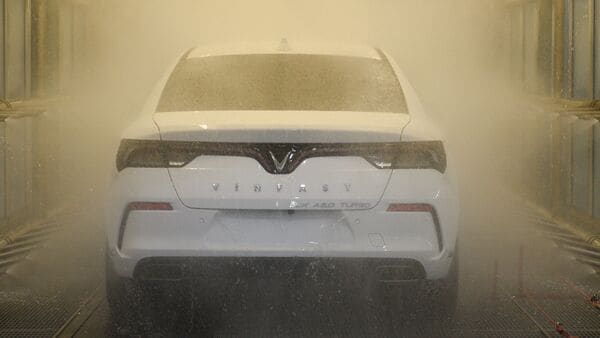 Vietnam's indigenous electric vehicle maker VinFast is set to begin production in the US from July of 2024, the company's CEO Le Thi Thu Thuy told Bloomberg on the sidelines of the Qatar Economic Forum. The company will begin construction of its North Carolina manufacturing plant in September. VinFast has also planned a US initial public offering in the fourth quarter but is facing “challenging" market conditions.

The EV maker has set up its US headquarters in Los Angeles and an R&D center in San Francisco. Though the automaker is not much known outside the US, it aims to make a mark for itself and has ambitions of delivering as many as one million cars globally within five to six years. Thuy said, "(The goal) is achievable. We are looking for the opportunity to go but we are still waiting.

Earlier in March, the Vietnamese company had announced that it will start building a plant with an initial investment of $2 billion in the US state of North Carolina. The factory's location will be Chatham County’s Triangle Innovation Point.

VinFast's investments plans combine to as much as $6 billion and this factory is the EV maker's first phase of an extensive plan that it has in store for the US. The factory will have a capacity of 1,50,000 electric cars annually, and will also gradually be equipped to manufacture electric buses and batteries.

The US factory will also be the company's second electric vehicle plant after its first in the northern Vietnam port city of Haiphong, and will help create over 7,000 jobs. The company expects to begin production at its battery plant in the central province of Ha Tinh at the end of this year.

VinFast also aims to start delivering electric vehicles in the US, Canada, France, Germany and the Netherlands later this year.