The new launched Tork Kratos EV (left) is a direct rival to the likes of Revolt RV400 (right).

Tork Motors announced the introduction of its new Kratos electric motorcycle in the Indian market. The Kratos EV was previously know by the name T6X, but the company claims that the motorcycle has gone through a series of developments in the last few years and thus comes out as a whole new model. The new Kratos EV s a direct rival to the likes of the Revolt RV400 battery-powered motorcycle which was launched in India a few years back. Here's how both the electric bikes compare against each on paper. 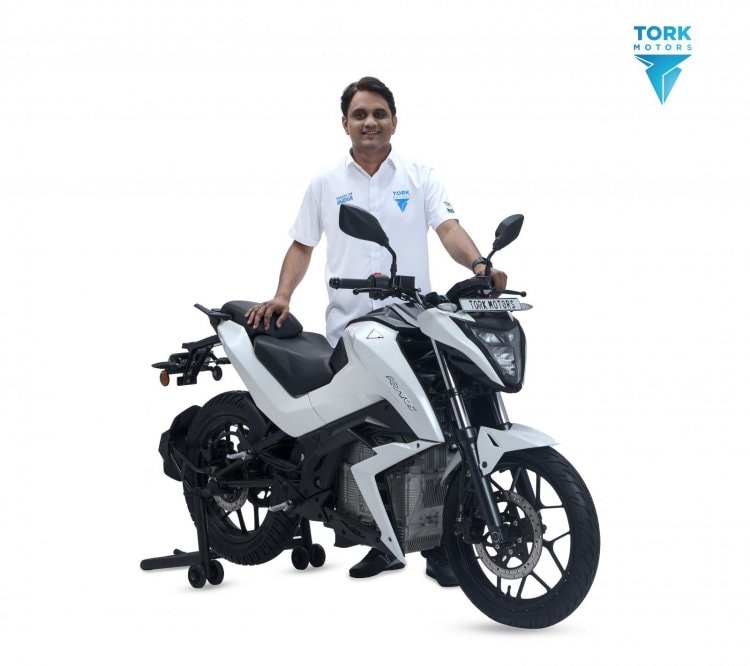 The new Kratos by Tork Motors has been priced at ₹1.02 lakh. (Effective ex-showroom, Delhi/including subsidy)

The new Kratos by Tork Motors has been priced at ₹1.02 lakh. (Effective ex-showroom, Delhi/including subsidy) The bike has been introduced in two versions - Kratos and Kratos R. The latter has been priced higher as it also received a slightly more powerful motor along with range of updated features.

The Revolt RV400 is currently offered at a price of ₹1.07 lakh (ex-showroom, Delhi), after revised FAME-II subsidies. Needless to say, both the bikes are priced very closely. But what's to be noted is that the prices mentioned above subsidised.

Coming on to the official specifications on the Tork Kratos, its electric motor has been tuned to deliver a peak power output of 7.5kW or 10.05bhp and a maximum torque of 28Nm. The higher-spec R trim get a full output of 9kW or 12.06bhp and 38Nm of peak torque. Even though the R trim makes slightly higher power, both the models use the same 4kWH, IP67 certified, lithium-ion battery pack with a IDC range of 180km, while the real world range has been claimed at around 120 km per charge cycle.

Coming on the RV400 electric bike by Revolt, it gets a 3 Kw (Mid Drive) electric motor, powered by a 72V, 3.24KWh Lithium-Ion battery. The company claims that the RV 400 can be fully recharged in less than five hours and can return a range of at least 80 km on single charge. The range goes up to around 150 kms if one rides in Eco mode. The electric bike also has a top speed of 85 kmph in Sports Mode.