Many Tesla workers have been sleeping on the plant floor as Tesla implemented a so-called closed-loop system to keep Covid out and get production back up at its Shanghai factory.
By : HT Auto Desk
| Updated on: 09 Jun 2022, 09:52 AM 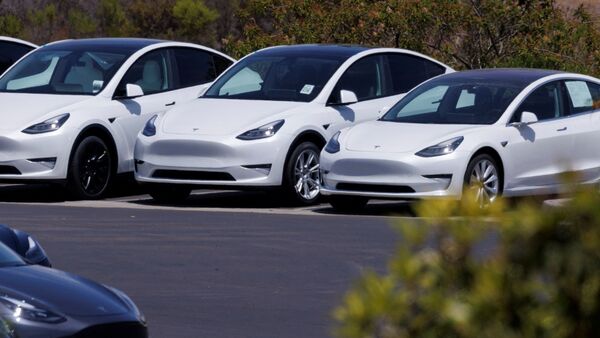 US EV giant Tesla's global share of electric vehicle sales has fallen to its lowest in over three years due to lockdown restrictions in Shanghai which lead to the automaker shutting down production for weeks in its most productive manufacturing facility. The EV company registered sales of 39,650 vehicles in April, down 78% from March, according to a report Dan Levy, Credit Suisse’s US auto analyst. The automaker's share of global EV sales dropped to 10% from 27% as a sum of its sales in more than 80 markets.

The automaker has, however, been trying its best to restore production at its Shanghai factory, which had to be shut for about three weeks in late March when Shanghai was reeling under Covid restrictions due to an outbreak. Tesla's thousands of workers have been working 12-hour shifts and six days a week to bring the facility back up to speed.

Many workers even slept on the plant floor as Tesla implemented a so-called closed-loop system to keep Covid out and see cars rolling off production lines. The report also noted that it is not new for Tesla’s sales to drop substantially from the last month of one quarter to the first month of the next. This can be justified by CEO Elon Musk's statements noting that Tesla makes cars for export early each quarter, and the time it takes to transport those vehicles to customers back-ends deliveries every three months.

To do away with this end-of-quarter wave by early this year, Musk mentioned on his Twitter account in September that Tesla will soon start production at a new factory near Berlin, which he hopes would help the company smooth out its deliveries. At present, the Shanghai plant has become Tesla's primary export hub.