Tata Motors has increased the prices of Nexon EV across all its variants. The price hike kicks in with immediate effect as the carmaker has updated the price list officially on its website.
By : HT Auto Desk
| Updated on: 16 Mar 2022, 03:13 PM 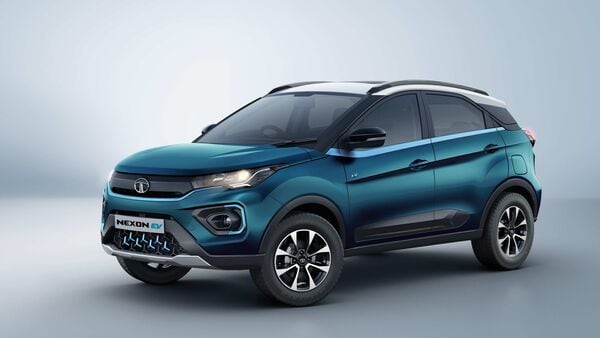 Tata Motors has increased the price of India's best-selling electric car Nexon EV. The prices of the Nexon EV have been increased across all the existing variants by ₹25,000. Tata Motors currently offers the Nexon EV in as many as five variants. These include the XM, XZ Plus, XZ Plus Luxury, Dark XZ Plus and the Dark XZ Plus Luxury variants. The price of Tata Nexon EVs, which used to start at ₹14.29 lakh (ex-showroom), will now be available from ₹14.54 lakh (ex-showroom).

According to the latest price hike, the cost of the top-spec trim - the Tata Nexon EV Dark XZ Plus Luxury variant - has gone up to ₹17.15 lakh (ex-showroom). It earlier used to cost less than ₹17 lakh.

Tata Motors has not shared any official reason behind the price hike yet. Earlier this year, Tata had hiked prices of some of its models marginally. It had cited rising input costs as the reason behind the increase in prices.

Tata Nexon EV is instrumental behind the carmaker's meteoric rise in the four-wheeler electric vehicle segment in India. Tata Motors, which sold over 2,250 units of electric cars last month, has a staggering market share of more than 96 percent mostly thanks to the success of Nexon EVs. Earlier in January this year, the carmaker had announced that it has clocked more than 13,500 units of Nexon EV in India since its launch two years ago.

Tata Motors recently launched the Dark Edition of the Nexon EV, called Nexon Dark. Besides the Dark Edition, which has two trims, Nexon EV is available in another three variants in India.

Tata Nexon EV can be charged up to 80 percent within an hour when using a DC fast charger. However, it takes up to 8.30 hours to replenish from 10 percent to 90 percent when using a regular home charger.