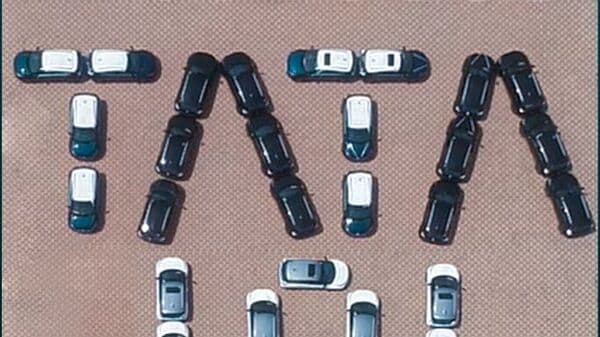 Tata Motors is aiming to increase its market share in the electric car segment with the new EV.

Tata Motors on Friday is expected to unveil a new electric car that would be the next model from the homegrown carmaker after Nexon EV and Tigor EV in the bulging segment. The event comes only three weeks after the automaker took the wraps off its electric SUV concept Curvv. The automaker is touting the Friday event as a new paradigm but the company is tight-lipped about the details of the model is likely to unveil.

The upcoming electric car could be the updated Nexon Ev with a larger battery pack and more power. It could be the all-electric version of its premium hatchback Altroz as well, that the automaker already showcased in a concept form.

In terms of design, the updated Nexon EV is expected to remain the same as the outgoing model. However, it could come with a couple of minor updates on the exterior and inside the cabin as well.

Tata Motors showcased a pre-production concept of Altroz EV at the 2019 Geneva Motor Show. It was displayed at the 2020 Indian Auto Expo as well and drew pretty good attention. The production model could arrive the same as the ICE variant. However, there would be some design elements like blue strips on the bumper and blue accents on wheels to signify its electric powertrain.

The electric premium hatchback could come being positioned between Nexon EV and Tigor EV. It could offer around 300 km range on a single charge. Also, expect it to get Ziptron technology and a fast-charging system as well.