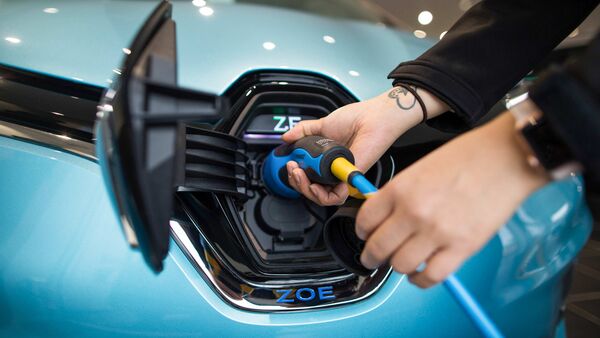 French auto major Renault is exploring the possibility of separating its electric car business and ICE vehicle business, reports Bloomberg. The report claims that this move would transform the automaker laid low by its ties with Russia. The issue has been discussed by the top officials of the automaker including CEO Luca de Meo and CFO Thierry Pieton. The company is reportedly exploring the impacts of forming a new mobility company made up of electric vehicles and assets from its car-sharing unit.

The company said in a statement in February that it is studying the opportunity to bring together 100 per cent of electric activities and technologies within a dedicated entity in France to accelerate its growth. “At the same time, Renault Group is also studying the opportunity to bring together its activities and technologies of ICE and hybrid engines and transmissions based outside of France within a dedicated entity," said the OEM.

Renault is also reportedly exploring the possibility to tie up with a potential partner to run its car-sharing business. The report further claims that an IPO of new mobility assets could be contemplated for 2023. However, the French automobile giant is tight-lipped about any such developments.

The report emerges at a time when the automaker is facing a crisis surrounding its longstanding business in Russia. The car brand last month signalled a retreat from its second-largest market in Russia by halting operations at its Moscow plant and saying that it is assessing the options for the AvtoVaz venture that manufactures Russia's bestselling Lada brand. Withdrawing from the Russian market would impact the automaker financially, which is why Renault is reportedly exploring the possibility to separate its EV business and car-sharing unit as well.

The automaker has already cut its forecasts for group operating margin and automotive operating free cash flow, citing the suspension of its business in Russia.

Interestingly, Renault is not the only automaker to consider such a move as a way to transition to electric vehicles. Ford too has decided to separate its EV operations from its legacy combustion-engine business.