Amid calls to boycott Renault, the French carmaker is weighing its options to leave Russia which could deeply impact its plans to turnaround the company.
By : HT Auto Desk
| Updated on: 25 Mar 2022, 03:08 PM 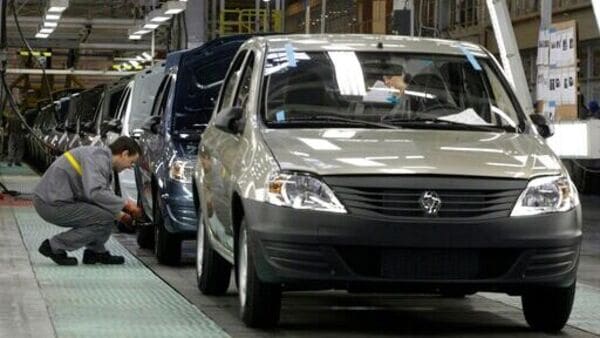 Renault is caught in the Russia-Ukraine crossfire. The French auto giant is stuck in Russia, despite suspending operations at its Moscow facility as the company faces dilemma in shutting down business in the country. On Wednesday, Renault became the latest carmaker to suspend its operations since Russia invaded Ukraine in February. However, its decision has been met with growing backlash and demand for boycott against the brand.

Luca de Meo, CEO at Renault, warned that a retreat from Russia will create a "very complex situation" for the carmaker, which has already revised its profits and targets. Renault is facing a 2.2 billion euro non-cash write-down to reflect the potential costs of suspending operations in Russia.

Renault owns Russian car manufacturer AvtoVAZ, under which one of the most popular brand Lada sells its cars in Russia. According to Renault, Lada accounts for nearly 21 percent of the Russian market. AvtoVaz owns 68 per cent of Renault and the latter depends on Russia for about 10 per cent of revenue.

What is more worrying for the brand is that a pullout from Russia is likely to severely impact efforts to turn around its fortune. Renault has just begun restructuring of its operations with focus on shifting to electric vehicles. Last month, the French carmaker reported its first annual profit in three years. This year it aimed to increase the margin by 3% or more.

A key part of Renault's turnaround strategy relied on merging its Dacia brand and Lada. The Russian brand's vehicles were to be built using Dacia's vehicle platform. Lada was also part of Renault's cost-cutting plan and its major push into small family cars.

Renault's Russian partner Avtovaz said that it would manufacture new models without imported components and would work to rebuild its supply chains. It imports about 20% of its parts and raw materials.

Russia's Ministry of Industry and Trade said that talks were under way to decide the future of Renault's Moscow factory. A decision is likely to. be taken by the end of next week. Earlier, Russia had said that it could nationalise facilities of foreign carmakers who wish to leave the country amid the ongoing war. Russia has already banned exports of certain auto parts as a response to sanctions by western countries. It threatens to worsen the ongoing supply crisis faced by the global auto industry.