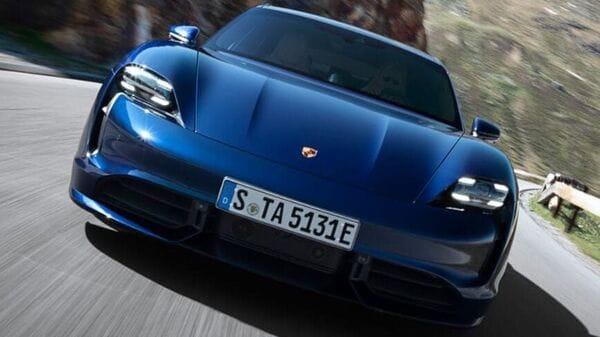 Porsche Taycan is the first-ever electric car from the brand.

The German sportscar maker Porsche is confident about making more profit selling electric cars as compared to the current internal combustion engine-powered models. The automaker under the Volkswagen AG umbrella, has said this to its investors before its landmark potential listing. The automaker is banking on the success of the Taycan EV, which is the first-ever Porsche electric car.

(Also Read: Mercedes-Benz EQS to launch on August 24, AMG variant to be first to arrive)

Porsche expects eight in ten Porsches sold by 2030 to run on electricity, and for EVs to account for half the luxury automotive market in 2031. “Our target is to selectively expand higher-margin segments and to leverage electric-vehicle pricing opportunities," Porsche CEO Oliver Blume said while speaking about the automaker's EV strategy.

Porsche is well ahead of its rivals including Ferrari and Aston Martin when it comes to electrifying its product lineup. But while its Taycan EV outsold the iconic 911 last year, the carmaker still produces way fewer EVs than Tesla. The carmaker is planning bring its next electric car soon. Porsche's electrification strategy is in line with the Volkswagen AG's electrification strategy. The Volkswagen group aims to capture a large chunk of the global electric vehicle market and plans to become the largest player in the segment.