Jaguar predicts 60% sales will come from electric vehicles by 2030 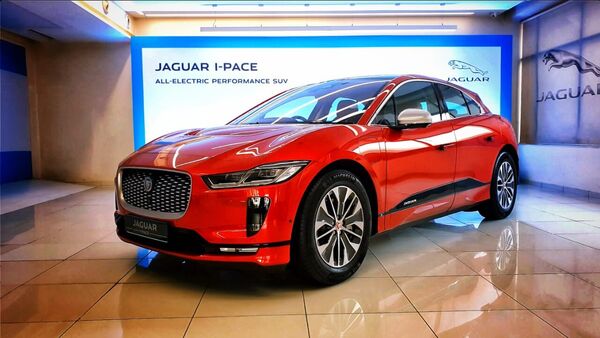 The i-Pace is a central offering from Jaguar as it looks to go even bigger in the EV race.

Jaguar Land Rover has predicted that the company's electric vehicle sales will increase by 27 per cent around the world by the financial year 2025-26, before touching 60 per cent by 2030. Around 3 per cent of Jaguar Land Rover's total sales last year constituted of fully electric vehicles. Jaguar said electrification is an integral part of the brand's sustainability strategy.

Jaguar also stated that in the next four years, Land Rover will also drive in six all-electric models with the first scheduled to arrive in 2024. “In this time, Jaguar will have undergone a complete renaissance, emerging as a pure-electric modern luxury brand from 2025," said the automaker in a statement. These six electric variants will be based on two architectures. The brand sees this as an opportunity to meet an exponential rise in customer demand for the electric vehicle.

Chairman Natarajan Chandrasekaran said the automaker delivered a solid performance during the year despite a fall in revenues by reducing its breakeven levels to 320,000 units. “While production and sales remained significantly constrained, the business continued to see strong demand for its products, with global retail orders at record levels thanks to strong demand for Defender and New Range Rover," added Chandrasekaran.

With the effect of climate change which is being experienced around the globe, sustainability is becoming the core of automakers along with other manufacturers. Jaguar Land Rover is aiming to reduce carbon emissions by 46 per cent across vehicle manufacturing and logistics and by 54 per cent per vehicle from purchased goods, services, and use of products.