The Honda U-Go electric scooter is already on sale abroad and is now also likely headed towards the Indian market.
By : HT Auto Desk
| Updated on: 07 Jun 2022, 12:58 PM 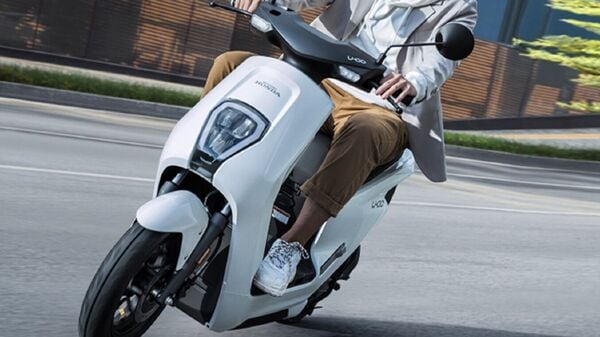 Honda U-Go has been placed as an entry-level offering in the international markets.

The Honda U-Go has been placed as an entry-level offering in the international markets and features a fairly simple and neat design. There is a flat front apron with an integrated LED front headlight, while the indicators come placed on the black plastic shroud mounted over the handlebar. The side bodypanels come neatly integrated for a sleek look with cutouts to stow the pillion foot-rest lending it a flush-type appearance. Over the back, the scooter features a blacked-out portion around the lights. As far as the features list is concerned, the scooter gets an LCD display and the functionality of USB charging port is also available, along with a 26-litre boot.

The scooter is sold in two variants internationally. There is a variant with a 1.2kW motor and the other trim is sold with a 0.8kW motor. While the former has a top speed of 53kph, the latter sports a top speed of 43km. Both motors come as hub-mounted. The scooter is capable of packing twin batteries with a charge capacity of 1.44kWh each and a single-battery, full-cycle charge range of 65 km which can be bumped up to 130 km with the use of a secondary battery pack.

While the design patent doesn't necessarily mean that the scooter is certain to launch in India, seeing that Honda has previously shown interesting in launching alternative fuel options, U-Go might actually see the light of day. Meanwhile, Honda has previously confirmed that it will launch flex-fuel-based models and is currently figuring out a way to bring these two-wheelers in the country. More details will be annouced soon.