German court orders Tesla to buy back a Model 3, owner unhappy with Autopilot

Tesla Autopilot comes as a semi-autonomous driving technology available as standard in all of its EVs.
By : HT Auto Desk
| Updated on: 31 Mar 2022, 02:58 PM 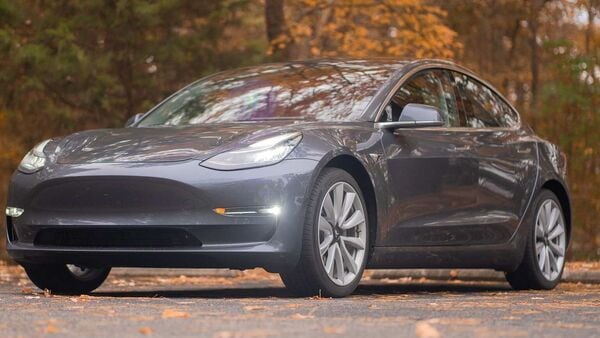 Tesla has been ordered by a German court to buy back a Model 3 electric compact sedan from a buyer, as the owner is not happy with the Autopilot system. German publication Spiegel reports that the court ordered the EV manufacturer to buy back the Model 3 from the owner who was concerned that the car's self-driving feature don't work as advertised.

(Also read: Most Tesla models sold out in US till 2023 despite price hike)

The particular Tesla Model 3 owner in Germany filed a case alleging that whenever he engaged Autopilot, he felt like his Model was driving like a drunk driver. He even paid 6,300 euros for a software package that's not compatible with the car's currently installed hardware. This resulted in him being frustrated with the car.

The court has reportedly ordered the US electric car brand to take the car back and refund the owner the full 69,000 euros. The automaker has already appealed the verdict.

Interestingly, several Tesla owners have complained about similar issues. These complaints have prompted the automaker to improve its cars' advanced driver assist systems. However, the automaker charges a hefty amount of money for a feature in the Autopilot.

Tesla Autopilot is a famous system that combines a host of functions and technologies assisting the driver to drive the vehicle semi-autonomously. It comes as a standard feature in all Tesla cars. The automaker is currently working on a Full Self-Driving (FSD) technology as well. Tesla Autopilot has grabbed numerous headlines and some of them are for the wrong reasons.

The technology has been accused of being faulty and causing crashes, which even resulted in deaths of the vehicle occupants as well.