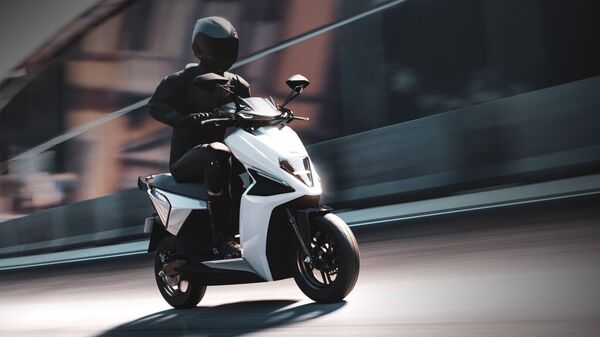 The Simple One EV has been currently priced from ₹1,09,999 (standard trim).

Simple Energy announced the launch of One electric scooter in the Indian market last year in August. Now the company has crossed 55,000 bookings for the scooter, it exclusively communicated to HT Auto. “Our One electric scooter has crossed 55,000 bookings in the financial year ended this March," said Suhash RajKumar, Founder and CEO, Simple Energy.

The One EV has been currently priced at ₹1,09,999 (standard trim), while with the advanced additional battery, the pricing goes all the way up to ₹1,44,999 (both prices are, ex-showroom).

The scooter was also recently announced with an upgraded 8.5 kW motor, capable of producing 72nm of torque. It has a real-world range of 203 km (up to 236 km in ideal conditions) and also supports fast charging. With the addition of a new battery, the overall range is claimed to be over 300 km. Some other key features of the model include its huge 30-litre boot and a host of smart features such as onboard navigation, riding modes, phone app, call and music control, and much more.

The company is also in the process of ramping up its production capacity, as it has recently acquired commissioned a second plant in Dharmapuri, Tamil Nadu, which spreads across 600 acres and has a capacity of 12.5 million units annually.

Meanwhile, the company CEO also told HT Auto that Simple Energy will bring forward its second product in the market later this year by June. The new scooter will come based on a new platform and won't be an extension of the already present model. It will also be more affordable and thus will appeal to a greater set of customers. (Read more details here)