The Komaki Ranger e-cruiser will come out as the first battery-powered cruiser bike to go on sale in the country.Komaki electric bike is claimed to be delivering a full charge range of over 200 km.
By : Prashant Singh
| Updated on: 18 Jan 2022, 04:59 PM 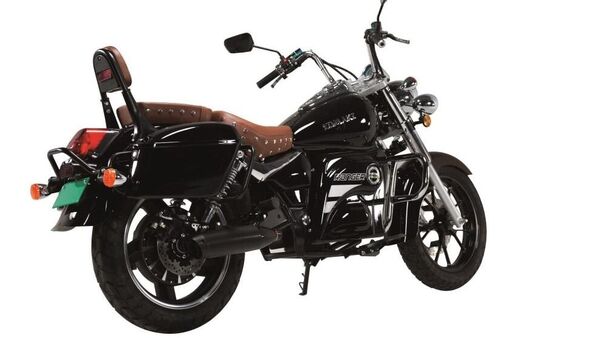 Komaki, the electric vehicle maker will announce the launch of its Ranger electric cruiser in the market this week. The Ranger electric bike was also officially revealed a few days back and the design details of the new ebike are also out.

The Ranger e-cruiser will come out as the first battery-powered cruiser to go on sale in the country. It will feature a four-kilowatt battery pack, which is claimed to be one of the biggest battery packs found in an electric two-wheeler in India. This battery pack will juice up its 5,000-watt motor.

The company claims that its ne electric bike would be capable of delivering a full charge range of over 200 km in a single charge cycle which is commendable by all standards, but only a real-life road test review will be able to put these claims to test.

The pricing of the model will be announced a few days from now and the company is promising that the overall price for this battery-powered cruiser will be kept in an affordable range to place it as a mass product. “There are some things that need to be finalized but we have decided to keep the price affordable. We want everyone – especially the common man – to experience the joy of riding a quality cruiser that is made in India," said Gunjan Malhotra, Director, Komaki Electric Division.

Expect the motorcycle to cost above ₹1 lakh (ex-showroom). Meanwhile, Komaki also offers a number of other electric scooters and bikes with ex-showroom price ranging between around ₹30,000 to ₹1 lakh.