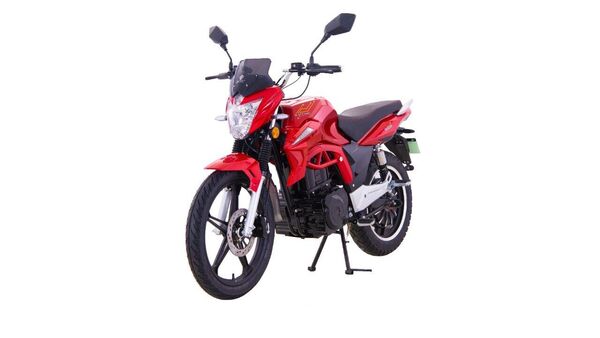 Evtric Motors, a Pune-based electric vehicle (EV) manufacturing company, launched its first electric motorcycle in the Indian market on Wednesday with Evtric Rise available at ₹1.60 lakh (ex-showroom). Bookings for Evtric Rise has been opened at ₹5,000. Looking to gain from the rising popularity of electric two-wheelers in the country, Evtric Motors is hoping for Rise motorcycle to be a viable commute option for prospective buyers.

The Evtric Rise is powered by a 2000watt BLDC motor which works in tandem with a 70v/40ah lithium-ion battery. This battery can be powered to full in around four hours, claims the company, and then taken out for around 110 kms before needing to be plugged back in using a 10amp micro charger with auto-cut feature.

The electric motorcycle also has a top-speed of 70 kmph while Evtric Motors is also backing its styling to help woo in potential buyers. The Evtric Rise gets sculpted styling on its sides, LED light at the front with DRLs and is being offered in two colour options - Red and Black.

Evtric Motors is especially targeting those already owning a petrol-powered two-wheeler with the Rise e-bike. “The bike shall define the true quality experience for the customers who are still otherwise hesitant to switch from ICE (internal combustion engine) to EV," said Manoj Patil, Founder of and MD at Evtric Motors.

Recent times have seen several new players emerge to offer electric offerings in the two-wheeler space. The options have been growing with several traditional manufacturers also looking at making the switch to battery power. But incidents of fire, component malfunction, range-related anxieties - among others - are also very real concerns in this segment.