BMW is expected to use the cylindrical battery format for its future electric cars based on Neue Klasse architecture.
By : HT Auto Desk
| Updated on: 29 May 2022, 05:51 PM 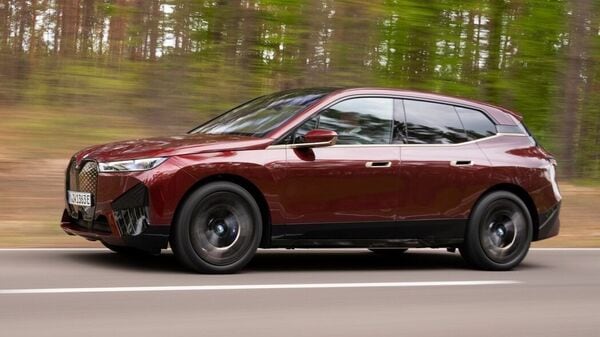 BMW will use cylindrical battery cells in its future electric cars.

German luxury car major BMW has secured a deal with the Chinese battery manufacturer CATL to charge the future electric cars of the automaker. BMW will use the cylindrical lithium-ion battery cells for its future electric vehicles, starting from 2025. CATL has confirmed the signing of the agreement with the automaker. This comes as a surprise as BMW has so far relied on prismatic cell format for its electric vehicles. Interestingly, the prismatic cell batteries used by BMW for its electric vehicles so far, are also manufactured by CATL.

The shift from prismatic battery cells to cylindrical cell format at a large scale comes for a reason for sure. However, BMW is yet to reveal that. CATL too has not revealed the reason so far.

BMW is currently working on its Neue Klasse, which is a new dedicated architecture for its future electric vehicles. Slated to debut in 2025, the BMW Neue Klasse is expected to use cylindrical battery cells. This new battery cell type is expected to reduce the manufacturing cost for the automaker by as much as 30 per cent, compared to the current prismatic format batteries in use.

Interestingly, Tesla too recently launched its in-house produced 4680 type cylindrical battery cell, stepping up from the 2170 type and previous 1865 type. While the new agreement between BMW and CATL focuses on cylindrical type battery format, the exact type of the battery is yet to be disclosed by any of them.

A Bloomberg report claims that the key reason behind the shift to cylindrical cell format by the automakers is to reduce production costs. The report published in 2021 claimed that carmakers pay a price of $118 per kWh on average. The report also claimed that battery cells typically make up four-fifths of the price of a battery system cost. The substantial hike in battery material cost is the reason why car manufacturers are looking for new technology to bring down the production cost and cylindrical cell is one answer to that.