Bajaj Auto wants to foray into the electric motorcycle segment in India. The two-wheeler manufacturer also hopes demands for its Chetak electric scooters will also go up in coming days.
By : HT Auto Desk
| Updated on: 27 Jul 2022, 09:28 AM 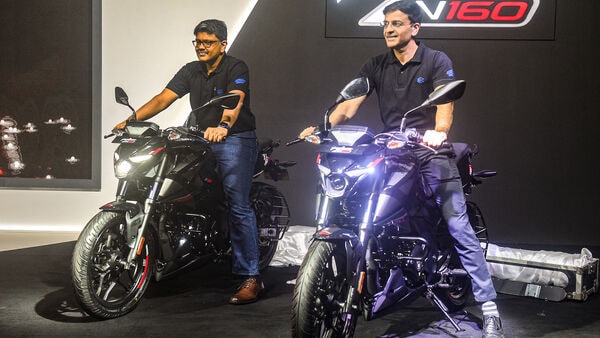 Bajaj Auto is panning to foray into the electric motorcycle segment in India. With a little help from its Austrian partner KTM, Bajaj plans to introduce high-end electric motorcycles in the country. The Indian two-wheeler manufacturer already produces electric scooters for the Indian markets under the Chetak brand. Electric motorcycle will be a new addition in its fleet of two-wheelers when the company finally decides to launch one.

Making the announcement of Baja's plans to launch electric motorcycle, Rakesh Sharma, Executive Director at Bajaj Auto, said, “We are also in discussion with KTM (and) there is a joint work going on where we are looking at platforms for high-end electric motorcycles." He added that the plan is "certainly on our radar screen, and it will be announced at the right time".

On Tuesday, Bajaj Auto shared its Q1 report which highlighted marginal dip in sales despite a net profit of ₹1,163 crore. The two-wheeler manufacturer had recorded profit of ₹1,170 crore during the same period last year.

Bajaj said that sales in the last quarter were hit by lack of semiconductors. “We think about 20-25 per cent impairment took place in our sales plan because of the semiconductor shortage," said Sharma. "At the end of the previous quarter (Q4FY22), we were expecting a lot of supply chain issues because of defaults on the supply of semiconductors. We were more clearly hit then rest of the industry because of the way our vendor portfolio was organised," he added.