The Bugatti Type 59 was once owned by King Leopold III of Belgium.The vintage Bugatti is in its original factory state despite having seen several owners over past many decades.
By : HT Auto Desk
| Updated on: 09 Sep 2020, 05:08 PM 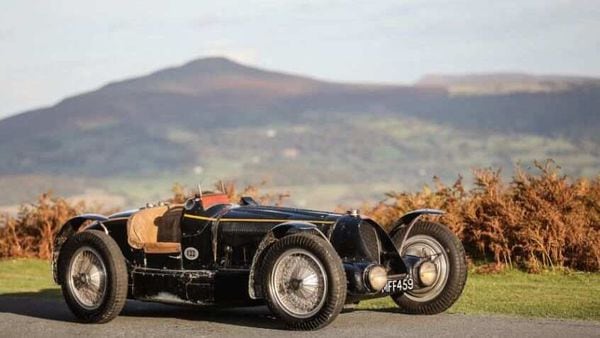 How much are you willing to pay for a speed-crunching Bugatti? Two million? Three, maybe? How about 9.5 million British pounds? Yes, that is the price that a vintage Bugatti commanded at a recent auction. The car itself may not be breaking any speed records but the auction price was a record in itself. And by quite a margin.

The Bugatti Type 59 was owned by King Leopold III of Belgium once upon a time. If that is not a good enough reason to go into someone's exclusive garage, there's more. The car had been driven to the chequered flag in the Belgian Grand Prix of 1934.

In the ensuing years, the car saw several owners but remained in its factory-state. The original map and manuals are also present, as are the leather seats and steeAt a recent auction, therefore, it was always expected to command a hefty asking price.

According to a report in UK's Daily Mail, the expected final auction price was pegged at £10 million but the final bid fell slightly short at £9.5 million. This, nonetheless, was a record and made this the most expensive Bugatti to have ever been auctioned.