Under the name Agility Prime, the US Air Force is reportedly planning to explore the developments made by private players in the field of a vehicle that has electronic vertical takeoff and landing (eVOTL) capabilities.
By : Shubhodeep Chakravarty
| Updated on: 28 Feb 2020, 08:45 AM 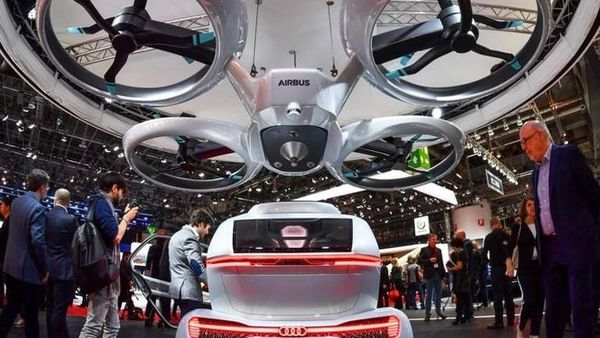 The photo has been used here only for representational purpose.

The United States Air Force has started the process of looking at next-generation of transport solutions for the country's troops to meet with the need of urgently moving them from one location to the other and the viable option could well be as futuristic as it can get - flying cars.

Under the name Agility Prime, the US Air Force is reportedly planning to explore the developments made by private players in the field of a vehicle that has electronic vertical takeoff and landing (eVOTL) capabilities. Multiple websites covering developments related to the defence field in the United States have reported that the country's Air Force is considering the viability of such a transport solution which could well prove to be crucial in the battlefields of tomorrow.

(Also read: Flying taxis are real but not quite ready for take-off yet)

Agility Prime, it is reported however, won't be like the usual program which involves private players competing for funds. It would be a bid to get private players to increase their efforts to secure airworthiness certficates for their respective offerings which could then help them with possible commercial succcess, reported Defense News.

While it is learnt that the US Air Force has not actually spelled out its requirements and instead, wishes to explore what is on offer, it is also being reported that the force could have an eye out for a flying mobility solution which could quickly transport several troops at speeds of up to 100 mph (160 kmph) for at least an hour. “Now’s the perfect time to make ‘Jetsons’ cars real," Air Force acquisition executive Will Roper has been quoted as telling reporters recently.

The area of application could be aplenty. Apart from transporting troops, these vehicles could also be used for shuttling small armaments, medical aid as well as humanitarian aid in small quantities. It is being hoped that at least few of these vehicles are in possession of the US Air Force by 2023 for initial testing. Cost effectiveness, area of actual application and whether these vehicles are automated could be just some of the many factors that decides the fate of this ambitious move.