MG Motor India is prepping the updated Hector SUV for its launch and is promising to expand the exhaustive list of features in the car.
By : Shubhodeep Chakravarty
| Updated on: 26 Jul 2022, 11:25 AM 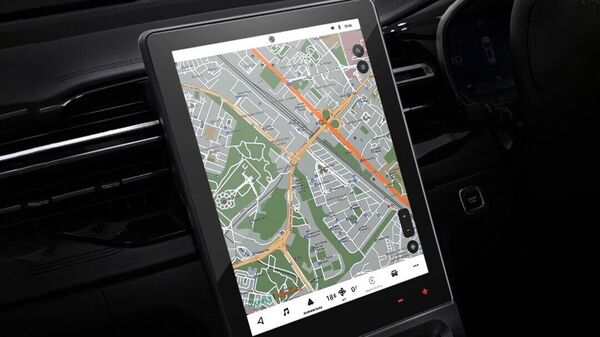 A look at the updated display screen inside the next-generation MG Hector.

MG Motor India is all set to drive out the updated Hector in the Indian car market and one of the key additions on the SUV would be a massive 14-inch vertically-oriented main infotainment screen. The Hector was the debut product model from MG Motor when it came to the country back in 2019 and has fared reasonably well despite a long list of very worthy rivals to compete against.

Launched as India's first internet car, Hector has become a common sight on Indian roads since its first launch in 2019. The company has continued to underline its credentials as being an automotive brand with a strong emphasis on technology. As such, expect the new Hector to have an even more exhaustive feature list. And in this list, the main infotainment screen is likely to be the crown jewel.

The next-generation Hector will boast of a vertically-oriented display screen that is the largest on offer in any car available in India at present. Promising an immersive and cinematic experience, this screen gets High-Definition (HD) resolution while being as responsive to touch as it has ever been.

The updated Hector is likely to be launched in the run-up to the festive period in the country and MG is going the extra distance to promise enhanced comfort and luxury in its marquee vehicle which helped the company establish a foundation here. Since the launch of Hector, MG Motor India has gone ahead to launch the ZS EV, Gloster and the Astor in what is a clear push for the SUV body style that's gaining momentum in the Indian market. MG also plans to introduce a small and affordable electric vehicle in the country in 2023 while continuing to go big in the tech domain.