Toyota Land Cruiser was recently discontinued in India too, along with Toyota’s Corolla Altis and Etios, when the BS 6 era kicked in from April last year.
By : HT Auto Desk
| Updated on: 11 Jan 2021, 11:05 AM 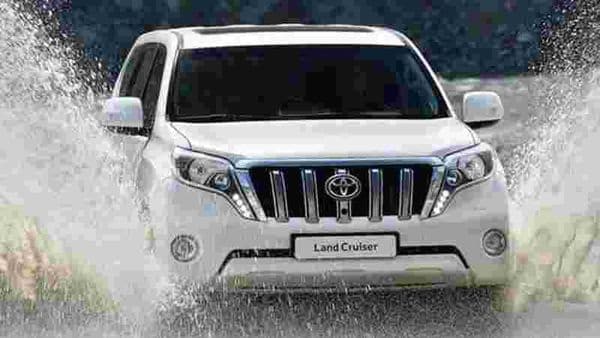 Toyota Motor is planning to discontinue one of its most iconic models Toyota Land Cruiser from this year. The off-road SUV has not been one of the top selling models for Toyota for the past few years. Toyota plans to pull the plug for Land Cruiser in the United States, and a few other countries as well.

A statement issued by Toyota Motor in US said, “The Toyota Land Cruiser has been a legendary name for more than 60 years. Although it will be discontinued in the United States after the 2021 model year, we remain committed to the great SUV segment and will continue to explore future products that celebrate the Land Cruiser's rich off-road history. We encourage loyal enthusiasts and intrepid adventurers to stay tuned for future developments."

Toyota Land Cruiser has been one of the iconic off-roaders across the world. Unfortunately, despite all its qualities, the high price of this model has been one of the factors that has played against it , causing its market share to decrease year after year.

In United States, Toyota sold 3,536 Land Cruisers in 2019, which is less than 10 per cent of its sales increase over 2018. But the sales figures appear paltry against around 2.4 million vehicles Toyota sold annually for the previous two years.

Toyota Land Cruiser was recently discontinued in India too, along with Toyota’s Corolla Altis and Etios, when the BS 6 era kicked in from April last year.

Toyota may later come up with an improved and more powerful Land Cruiser in the future. According to reports, Toyota Land Cruiser could get a performance-spec twin turbocharged Lexus-sourced V8 engine producing 268 horsepower.