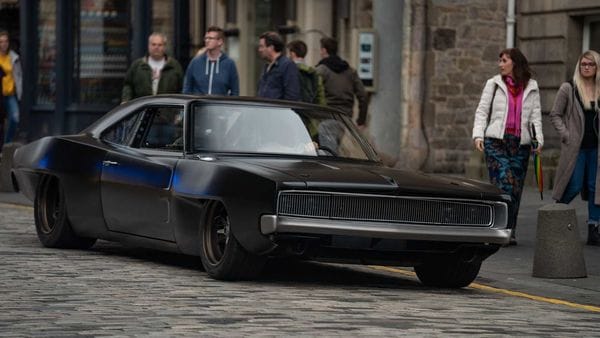 Dom will be seen driving a 1968 Dodge Charger as his primary ride in F9.

The ninth installment of the Fast & Furious franchise is making quite some headlines with its trailer out. As expected, this one too will be full of cars and adrenaline-pumping stunning actions. With the movie set to premiere on June 25, the cars featured in the F9 have already become the talk of the town.

(Also Read: Dodge gets Vin Diesel to claim its Demon Challenger is the fastest production car)

The famous character of Vin Diesel, Dominic Toretto is known for his love for Dodge. In this movie as well, he will be seen driving a 1968 Dodge Charger as his primary ride, with something very special about it. The Charger gets a mid-mounted V8 engine. The car gets a lowered suspension, modified front fenders that come arched inward toward the wheels.

The rear of the mid-engine Dodge Charger gets widened fenders giving the coupe big hips.

Inside the cabin of this Dodge Charger, there is plexiglass that separates the engine bay from the driver's seat. The cabin gets old-fashioned, low-back bucket seats. The rear window makes the engine and the exhausts easily visible to anyone passing by.

Wondering how the cabin would be for the driver with the engine roaring? It must be deafening.

Dom being a Dodge guy, also has a Charger referred to as Tantrum and a 1327 Charger that has its massive supercharger sticking out of the engine bay.

Not only the Dodge Charger, but the upcoming movie will also have a host of other super-powerful machines. These include an Orange-and-Black Supra with Han and Mia in it, an armored trailer called Armadillo, a wild-looking heavily modified jet-powered Pontiac Fiero, a Noble M600 as the ride of Helen Miren aka Magdalene Shaw.

John Cena is the new villain in F9, who plays the role of Jakob Toretto, brother of Dom. Unlike his brother's enthusiasm for Dodge, Jakob drives a 2016 Ford Mustang.