The Mercedes-Maybach car used for the film is a concept version the German carmaker showcased a few years ago.The Vision Mercedes-Maybach 6 Concept also has an open-roof version.
By : HT Auto Desk
| Updated on: 22 Jun 2021, 11:43 AM 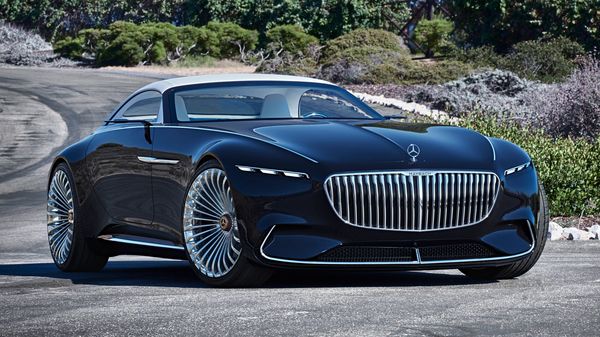 Photo of the Mercedes Maybach concept car that is being used on the sets of the upcoming movie The Flash, featuring Michael Keaton as Batman.

Batman's next Batmobile could well be a Mercedes-Maybach concept car that is yet to be produced. According to a report by Big Screen Leaks, a concept vehicle from the luxury carmaker has been on the sets of an upcoming movie The Flash, in which Michael Keaton is set to return as Bruce Wayne.

The car seen in the picture is Vision Mercedes-Maybach 6 Concept, a tow-door electric vehicle showcased by Mercedes-Mayback around six years ago. According to reports, this two-seater coupe sports car could well be modified into a Batmobile for the film too.

Mercedes claimed that the Vision Mercedes-Maybach 6 Cabriolet can generate a whopping 750 hp of maximum power. It stands almost 19 feet in length, one of the longest two-door cars with space for just two people and has gull wing doors as well as a split rear window.

The Vision Mercedes-Maybach Concept car measures 5,700 mm in length, 2,100 mm in width and 1,328 mm in height. The car stands on a set 24-inch wheels which looks massive given the low-floor appearance of the vehicle.

The interior of this Mercedes-Maybach concept car is both premium and futuristic in its appeal. Donning white upholstery, the car offers luxury features like custom fitted suitcase, umbrellas, silverware, plates, and other dinnerware.

Mercedes claims that concept car has a limited top speed of around 250 kmph and is capable of speeding from zero to 100 kmph in less than four seconds.