Leaked images of a covered Hyundai in China have set the automotive world abuzz with speculation that the Koreans are all set to try their luck in the MPV segment.
By : HT Auto Desk
| Written By : Shubhodeep Chakravarty
| Updated on: 16 Jan 2020, 12:46 PM 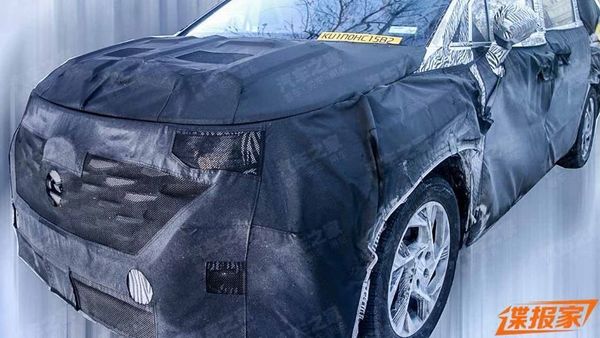 Hyundai's plans of an MPV in China could well be carried forward to India.

SUVs are a dime a dozen on Indian roads. The past several years have seen SUVs of all shapes and sized hit the market - from mini SUVs, sub-compact and compact SUVs to full-fledged SUVs that are nothing short of mini trucks. Even the slowdown in the Indian car market in past months took the least toll on this segment and new players like Kia and MG Motor created a buzz with the Seltos and Hector, respectively. And while SUVs are likely to remain the focus area for car makers in the foreseeable future, a small but significant push in the MPV segment may well be brewing.

The MPV (Multi-Purpose Vehicle) segment in India does not have been players and those in the fray have either basked in astronomical highs or been relegated to the extreme sidelines. From the rather affordable Ertiga and XL 6 from Maruti Suzuki, the Marazzo from Mahindra to Lodgy from Renault and the enormously popular Toyota Innova Crysta, the price brackets differ as much as success stories. And now, Hyundai may be warming its boots to stride in.

Leaked images of a covered Hyundai in China have set the automotive world abuzz with speculation that the Koreans are all set to try their luck in the MPV segment. The photos reveal that the vehicle has unmistakable MPV form factor with three-row seating. The car in question gets a typically Hyundai cascading front grille but not much else can be made out from it.

In India, Hyundai is gearing up to bring in Creta 2020 and hopes for the SUV to once again rise to a position of dominance. The car was first unveiled and launched in China as ix 25 which had led many to wonder if the disguised MPV in China could also soon make its way to India. Although Hyundai India has not commented on any such move, if and when the company does plan to enter the MPV game, it is likely to take on the likes of Ertiga and XL 6 which have been quite successful for Maruti Suzuki. Reports suggest that the offering from Hyundai could also be based on the Carnival from sister company Kia which is set for an India launch in Auto Expo next month. And while Carnival sits several steps on top in the price chart, Hyundai's possible offering could well be targeted at the mass audience.