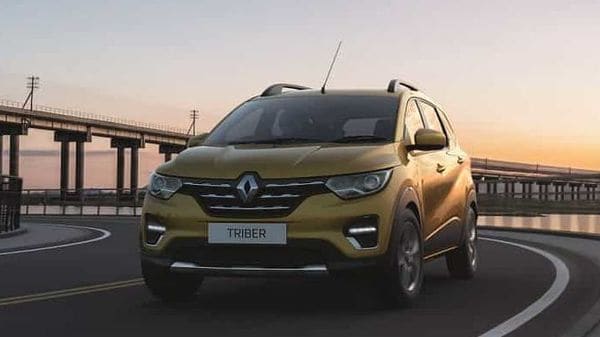 Renault Triber has crossed the milestone of 75,000 units sales in India, since its launch on August 28, 2019. The French automaker that was witnessing slowdown in sales, has got a new life thanks to the Triber. With this model, the automaker has posted an increased market share of 4.79% in the utility vehicle segment in FY2021, as compared to FY2019.

Currently, priced between ₹5.30 lakh and ₹7.82 lakh (ex-showroom), the Renault Triber was introduced at a price range of ₹4.95-6.49 lakh, in four variants and with a single petrol engine-transmission combination.

The updated Renault Triber draws energy from the same 1.0-litre BR10 three-cylinder petrol engine that works under the hood of Renault Kwid as well. The engine churns out 72 hp of power and 96 Nm of torque. The transmission options for the Triber include a a 5-speed manual gearbox and a 5-speed AMT unit. It is claimed to offer an ARAI-rated fuel efficiency of 20 kmpl.

It also gets safety features such as three-point seatbelts on all rows, ABS, reverse parking sensors. Apart from that, the dual airbags come as standard. The top-end variants get front-side airbags and a rear parking camera as well.