Maruti Suzuki Grand Vitara to be unveiled today: Here's what to expect

Maruti Suzuki Grand Vitara is the first mid-size SUV from the company and will rival the likes of Hyundai Creta, Kia Seltos, Tata Harrier, among others.
By : HT Auto Desk
| Written By : Paarth Khatri
| Updated on: 20 Jul 2022, 07:36 AM 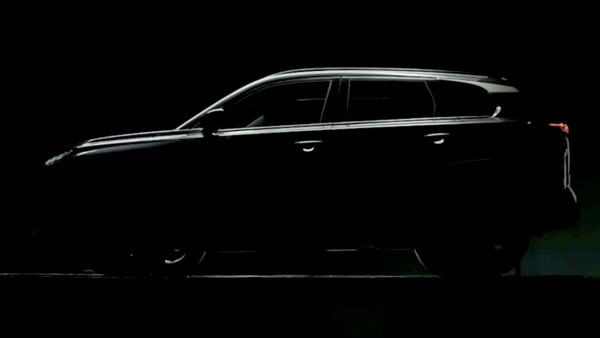 Maruti Suzuki teased the new Grand Vitara SUV with a coupe-like profile ahead of its official unveiling on July 20.

Maruti Suzuki is all set to unveil its new flagship SUV in the Indian market today. Through the teasers, it is known that the upcoming SUV will be called Grand Vitara. The manufacturer is already accepting pre-bookings at Nexa dealerships for Rs. 11,000. We expect the price announcement of the Grand Vitara to happen sometime in August. Moreover, it is expected that the Grand Vitara will be replacing the S-Cross in Maruti Suzuki’s line-up. Here are all the details that we know about the new Grand Vitara.

The Grand Vitara will be offered in two powertrains. There will be a 1.5-litre mild-hybrid engine and a 1.5-litre strong hybrid system. The mild hybrid engine will produce 100 bhp and 135 Nm. It will come mated to a 5-speed manual gearbox or a 6-speed torque converter automatic transmission. You will also get paddle shifters if you opt for the automatic transmission. 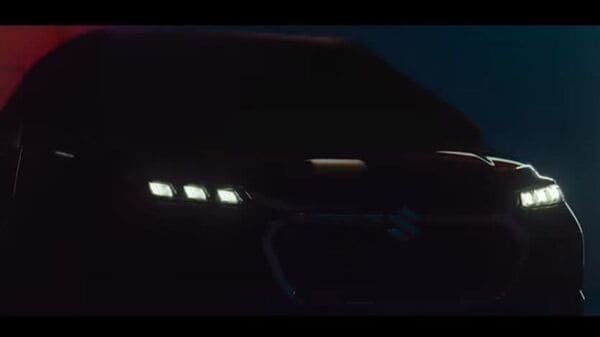 This teaser image provides a glimpse at what the face of the new Maruti Suzuki Grand Vitara would look like.

Then there is the strong hybrid system which is expected to be offered on the higher trims. The combined power output of the engine and the electric powertrain is 115 bhp. The torque output of the engine is 122 Nm and the electric motor is 141 Nm. However, we cannot simply add both the numbers for the combined torque output. This engine will come mated to only an e-CVT automatic transmission.

Grand Vitara will get all-wheel drive

Maruti Suzuki released a teaser in which they revealed that they will be using AllGrip all-wheel drive system. The AllGrip system comes with multiple drive modes. There will be sand, snow and rock. Moreover, there is also an Auto mode in which the system would automatically detect the terrain and make the necessary changes.

The Grand Vitara will be sharing a lot of its underpinnings with Toyota’s Urban Cruiser Hyryder which was recently unveiled. So, the components, engine, gearbox, features and other bits and pieces will be shared with the Hyryder. Moreover, both the SUVs are based on the same Suzuki’s Global C platform which is also used for the Brezza and S-Cross. Despite sharing a lot of components, both the manufacturers will have slightly different exterior and interior designs.

Maruti Suzuki has made some significant improvements in terms of features with their recent products and the Grand Vitara will be no different. It will be the first Maruti Suzuki vehicle to come with a panoramic sunroof. There will be ambient lighting, wireless charging, a digital instrument cluster, ventilated front seats, a 360-degree parking camera, cruise control, heads-up display and connected car technology. A 9-inch touchscreen infotainment system that does support Android Auto and Apple CarPlay. For safety, there would be up to 6 airbags, ABS with EBD, hill descent control, tyre pressure monitoring system and Electronic Stability Control.