A Kia Sonet is sold every three minutes and the sub-compact SUV formed more than half of all units sold by Kia in October.Seltos has managed to hold its ground, ensuring Kia remains India's fourth-largest vehicle manufacturer.
By : HT Auto Desk
| Written By : Shubhodeep Chakravarty
| Updated on: 02 Nov 2020, 18:05 PM 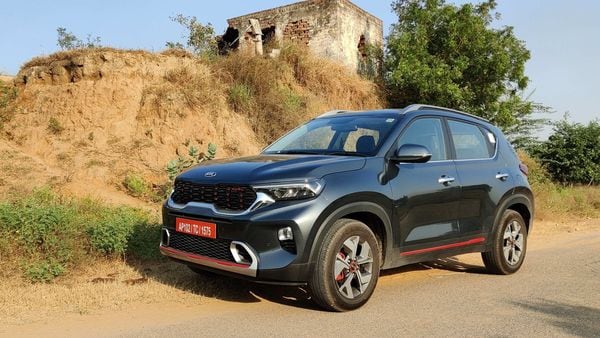 Kia Sonet has emerged as the best-selling vehicle from the Korean car maker in India.

Kia Sonet's meteoric rise in the Indian car market continues unabated despite the fact that it is one of the newest offerings here. Sonet's flight has been rapid since it was officially launched on September 18 and in its first full calendar month, found 11,721 takers.

Kia Motors India on Tuesday officially revealed its performance for the month of October and informed that it had sold a total of 21,021 units. With just three products from the car maker that had made its India debut in August of 2019, Kia has propelled itself to the big league with Sonet making up more than half the total numbers.

Sonet has been one of the most exciting launches of the year and it banks on a variety of factors for its success. Offered in petrol as well as diesel and with a number of transmission options, the sub-compact SUV is making the most of the buzz that the entire segment enjoys in the Indian market. It gets some standout features - both comfort as well as technology related - that has further bolstered its cause.