Kia Carens  is powered by both petrol and diesel engine options.

Kia Carens has been booked by nearly eight thousand customers in the first 24 hours since the reservation window was opened by Kia India. Kia Carens is a three-row vehicle that is all set to be the company's fourth product for India after Seltos, Sonet and Carnival.

Booking window for Kia Carens was opened on Friday and the company informs it received 7,738 bookings within the first 24 hours. The booking amount is set at ₹25,000 and Kia is planning to launch Carens at some point next month. "We are delighted with the overwhelming response that Carens has received from customers, within the first 24 hours of starting the pre-bookings. It is the highest first-day booking we have received for any of our products in India," said Tae-Jin Park, MD and CEO at Kia India. 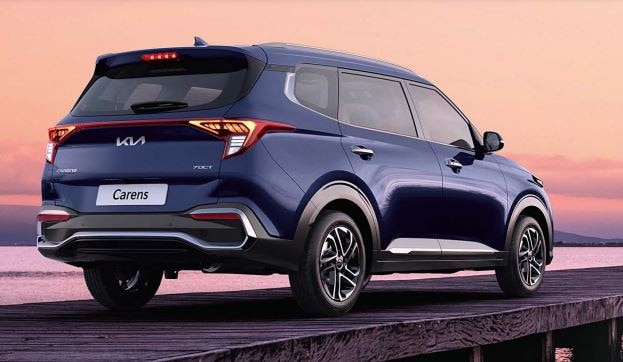 Kia Carens will be the fourth product from Kia India.

Carens is a India-specific model which was first showcased to the world in December and will compete in the sub ₹20 lakh, three-row vehicle market with Hyundai Alcazar, Tata Safari and Mahindra XUV700 as its main rivals.

Kia is banking on the claim that Carens has the design and drive traits of a premium SUV but with the practicality of an MPV. Relying on its meteoric rise in the Indian car market since its debut here in 2019, Kia has been on a product offensive of sorts in recent times. While Seltos continues to be a volume driver and Sonet fares well in the sub four-metre SUV space, all eyes are now on Carens to build on the successes.

The vehicle skips the traditional tiger-nose front grille and has an all-new front fascia with sleek LED head lights and integrated DRLs. There is a chrome line in the middle while the front bumper and large air intake grille get three-stack vertically positioned fog lamps and a chrome accent as well. LED lights are at the rear of the car as well while it stands on sporty 16-inch alloy wheels.

Being a Kia, Carens comes loaded with a long list of features. The most notable of these is that six airbags would be standard across all variants. 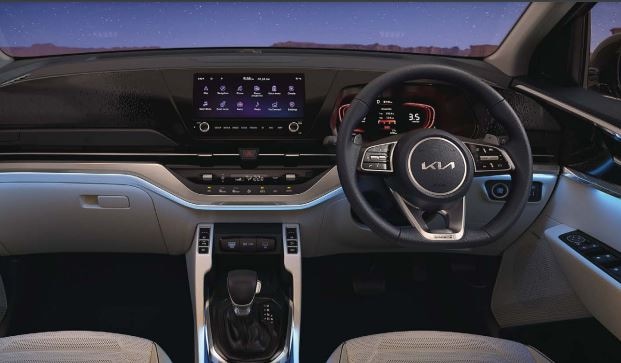 A look at the cabin of Kia Carens.

To be available in six as well as seven-seat layout, the Carens gets large main infotainment and driver display screens as well as ambient lighting, wireless phone charging, sunroof, among other highlights.

Carens will be available in five trim levels - Premium, Prestige, Prestige Plus, Luxury and Luxury Plus. The vehicle will also be available with petrol as well as diesel engine options with a toss up between manual and automatic transmission - 6MT, 7DCT and 6 AT.

Carens has a fuel capacity of 45 litres.