Many customers in the US have been complaining that their Palisade has an unpleasant odour in the cabin.Reports suggest that Palisade with Nappa leather upholstery are being flagged by owners.
By : HT Auto Desk
| Updated on: 27 Aug 2020, 10:20 AM 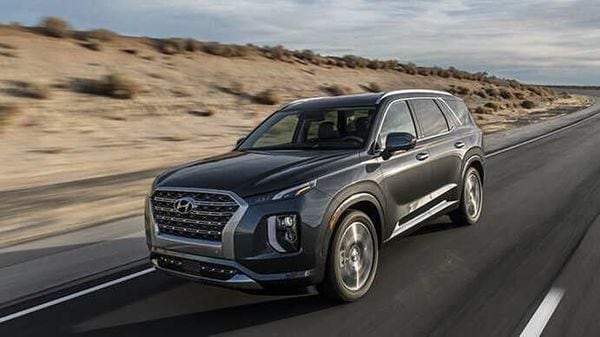 Palisade is one of Hyundai's most recognized offerings in several markets across the world and the SUV has a sizable customer base. Many customers, however, had their noses all crinkled after their cars reportedly begin emitting a foul odour. As reports of the smell began trickling in, many suspected that this could be due to the quality of the leather upholstery inside the 2020 Palisade and Hyundai has now reportedly jumped in to investigate.

According to a report in The Drive, Hyundai is looking into complaints of cabin odour which have been reported by customers who purchased upper variants of the SUV which get Nappa leather upholstery. While this is not confirmed and is being looked into by the car maker, the same report also highlights how no such odour-related problem has been reported in the SUV with regular fabric seats.

Hyundai has sold around 36,000 units of Palisade in the US market this year, till June. The SUV's strong road presence, capable drive and feature-loaded cabin makes it a good choice for many here. Plus there is the affordability factor and the Palisade sits lower than SUVs offered by luxury car makers while seeking to offer most of the same highlights.

It is even more imperative, therefore, that Hyundai gets to the root cause of the odour problem because it can prove to be quite detrimental to the vehicle-owning experience in the short, medium and long term.