Home Auto Cars News Booked An Xuv700? Here's What Mahindra Is Doing To Bring You Your Car

Booked an XUV700? Here's what Mahindra is doing to bring you your car 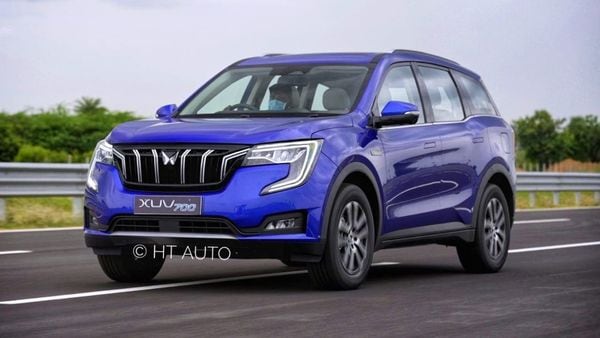 Mahindra XUV700 manages to mix best of all worlds in a package that could be tempting to at least test and consider strongly.

Mahindra XUV700 has received a phenomenal response since bookings for the SUV was opened October 7. In the two weeks since, the company has received 65,000 bookings for XUV700 SUV and now plans to start deliveries of the petrol variant from October 30. Those who have booked a diesel variant will have to wait till at least the last week of November.

Making a reservation for Mahindra XUV700 is only one part of the process as delivery timelines in the current scenario, and because of the volume, may become a challenge. Mahindra, in a press statement, informed it has partnered with a ‘top’ global consultancy firm to streamline the entire delivery process. The company informed that the partnership will seek to devise and implement an algorithm-based process.

Mahindra further informs that several factors would be considered while working out delivery timelines. These include quantum of bookings at city and dealer level, ratio of online and bookings at dealer counters and variant-level production feasibility based on supply chain constraints.

While the ongoing festive season is likely to help Mahindra rake in more orders, the over-arching problem of semiconductor shortage weighs heavy on almost every auto company - in India and across the world. While Mahindra remains confident of working its way through the challenge, some of its other popular models - Thar, primarily, has a waiting period spanning several months.

While the updated Thar was launched in 2020 and continues to see good traction, it is the XUV700 that may well have stolen the limelight in the Mahindra product portfolio. With a long list of varied rivals, XUV700 would hope to sustain demand even as Mahindra works out the production and delivery workflows.