Batmobile, Back to the Future car among iconic movie vehicle replicas for sale

The replicas of several iconic cars cast in Hollywood movies attempt to diminish the line between reel and real.
By : HT Auto Desk
| Updated on: 17 Jul 2020, 10:18 AM 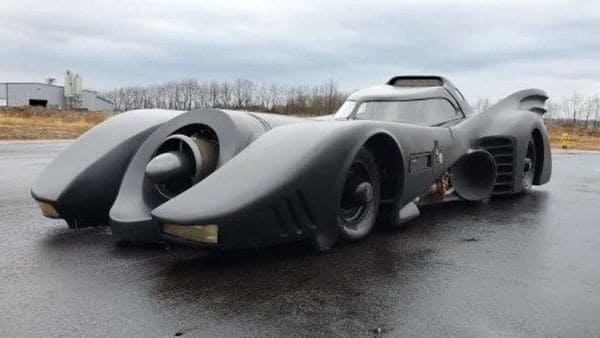 Many cars have attained a cult status over the past several decades because of the central role these have played in blockbuster Hollywood movies. Replicas of some of these are now up for grabs in an auction to be held for interested clients in the US. The list includes a Batmobile, the Back to the Future car and even the Ghostbusters' Ectomobile.

Autoclassics recently reported that US Marshalls will auction these vehicles which are replicas of iconic machines cast in Hollywood movies. The auction will be held at Skipco Auto Auction in Ohio and the biggest highlight is likely to be a Batmobile.

Basically a modified Chevrolet Caprice Classic of 1995 make, the Batmobile is a RWD with petrol fuel type. It has a 5.7-litre V8 engine at its heart but it is how it looks that would be its mainstay. And while services of Batman aren't offered with the vehicle, it is still likely to draw a whole lot of attention because of its close resemblance to the car in the Tim Burton movie.

For those looking for something almost as iconic and yet not completely out of place on actual roads, there is a 1959 Cadillac up for grabs as well. Resembling the vehicle that featured in the Ghostbuster series in the 1980s, the mileage and other specific mechanical details have not been revealed.

Then there is the speed demon that sent Marty and Doctor Emmett Brown hurtling through the corridors of time in the 1985 film Back to the Future. No, this 1981 Delorean DMVC-12 won't transport the owner back to pre-Covid-19 times but the replica is an unmistakable ode to the car in the movie. A 2.9-litre V6 engine powers this 2-door coupe which runs on petrol.

It is reported that these vehicles were obtained from a company that is being investigated for healthcare fraud and drug crimes which have seen the owner being sent to prison.