An MG like no other: Cyberster EV sportscar fully revealed, looks rad in red

MG Cyberster EV sportscar may be in concept form currently but there are plans to make it hit production lines.With 5G connectivity, 800-km range and a sprint speed of under 3 seconds towards 100 kmph, the Cyberster from MG is built for the future.
By : HT Auto Desk
| Updated on: 02 Apr 2021, 11:30 AM 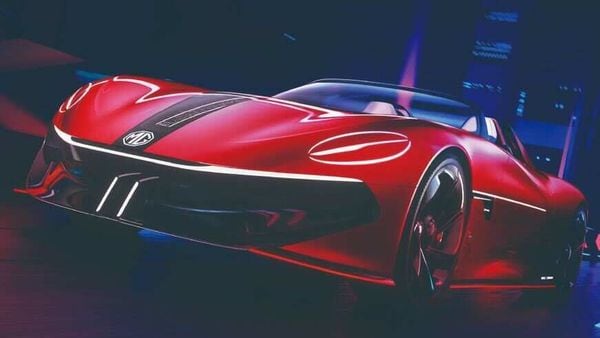 Cyberster gets what MG terms as Magic Eye LED headlights which open when switched on.

If the future of automobiles is anything like what the MG Cyberster electric sportscar is like, cars of tomorrow may well be more striking, glistening and outright flashy than ever before. That is because the first set of official photos of MG Cyberster concept car has been released and it looks like a machine straight out of a fantasy movie scene.

MG has announced its Cyberster electric sportscar will make its official debut at the Shanghai Auto Show later this month. Most importantly, there are also plans of making the two-door, two-seater sports car hit production lines at some point in time. The LED tail lights of Cyberster have elements of the Union Jack flag.

That is good news indeed. Why?

For starters, the MG Cyberster is likely to be one of the most attention-grabbing vehicles if and when it hits public roads. Developed by the team at the MG Advanced Design Centre in London, it gets classic round MG headlights, 'laser belt' LED strip down the side of the car, plenty of LED strips and LED tail lights that are integrated flat into the rear of the car.

MG tends to always underline the emphasis it places on digital advancements and this is echoed by the design elements on the outside body of the Cyberster itself. 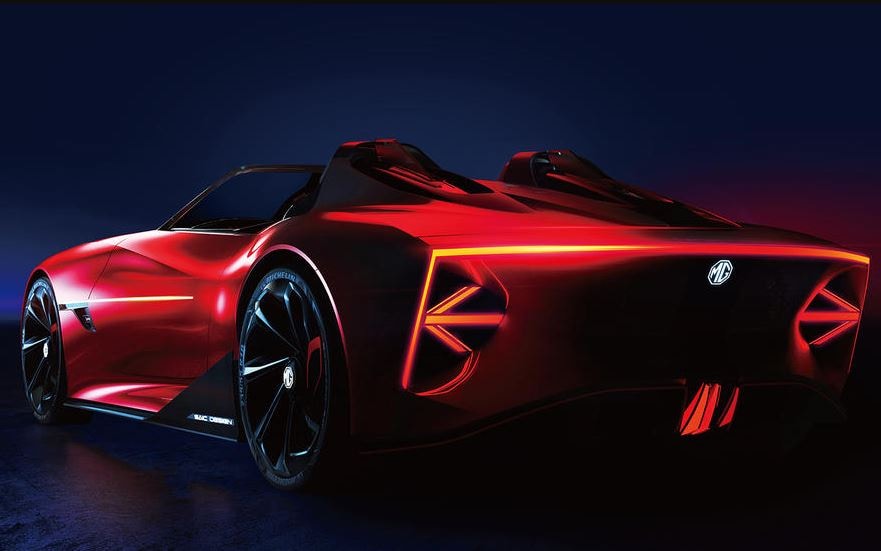 MG B Roadster is the design inspiration for the Cyberster.

But there's much happening in the cabin as well. 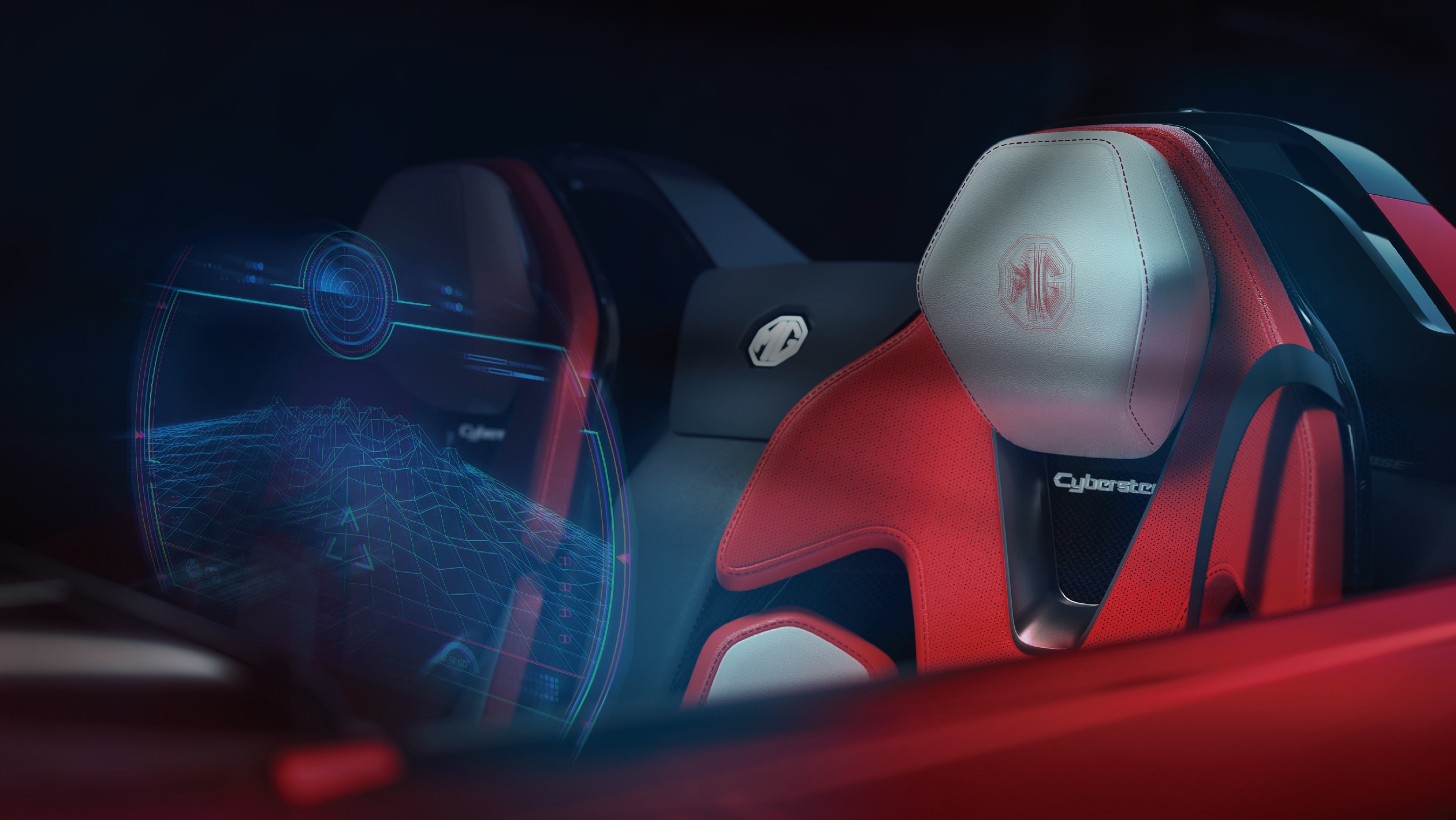 The MG Cyberster gets zero gravity seats inside the cabin with a multi-surface splicing design, providing strong back support for the driver from all angles,

MG claims that Cyberster will be the world's first electric super sports to get a gaming cockpit. Unfortunately, the company stops right there but even if no details about this are currently available, the images of the cabin reveal a design and layout that is much like an ode to machines featured in the Hollywood movie Tron.

And on the move, the Cyberster is likely to shine bright as well. A claimed per-charge range of 800 kilometres and a sprint speed to 100 kmph in just under three seconds may make this machine both a practical one and one that pumps up adrenaline levels.

Little wonder then that MG is mighty pumped about this car right here. "Sports cars are the lifeblood of the MG DNA and Cyberster is a hugely exciting concept for us," says Carl Gotham, Director of SAIC Design Advanced London. "The Cyberster is a bold statement that looks strongly into MG’s future, touching on our heritage but more importantly building on our cutting edge technology and advanced design."