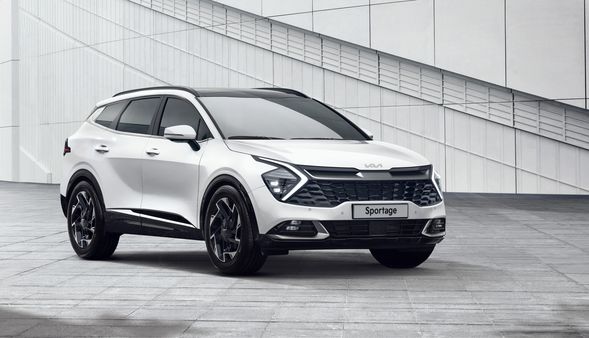 2022 Kia Sportage SUV has been revealed by the Korean carmaker ahead of its official launch for select markets some time later this year. Several images shared by Kia shows how the fifth generation Sportage SUV has changed in terms of styling and technical upgrades inside.

2022 Kia Sportage SUV shares the same N3 platform used for the new Hyundai Tucson and Kia K5 SUVs. The design of the 2022 Sportage can be easily distinguished from its previous versions from any angle. The front face of the Sportage SUV gets straight lines with a large grille , split at the corners by the LED daytime running lights in the shape of a boomerang , behind which are the main headlights.

The floating sideline is now sportier than ever as it gradually rises to the rear and reached the top at the D pillar. The upper half of the body has also been redesigned to be more compact.

At the rear , the 2022 Sportage SUV has a clear similarity with the Kia EV6’s tailgate design and the roofline. The taillights are linked by a horizontal strip that runs across the tailgate , in contrast to a clean design tinged with the thick black bumper , to which is added a 'ski plate' protector.

Karim Habib , Senior Vice President and Head of Global Design Center , said , "Reinventing the Sportage gave our talented design teams a tremendous opportunity to do something new; to take inspiration from the recent brand relaunch and introduction of EV6 to inspire customers through modern and innovative SUV design. With the all-new Sportage , we didn’t simply want to take one step forward but instead move on to a different level in the SUV class."

The fifth-generation Sportage SUV will also feature a Sportage X-Line version. It will feature special design details such as a slightly different-looking front bumper , gloss black finishes , larger roof bars and a more pronounced rear spoiler , among others. 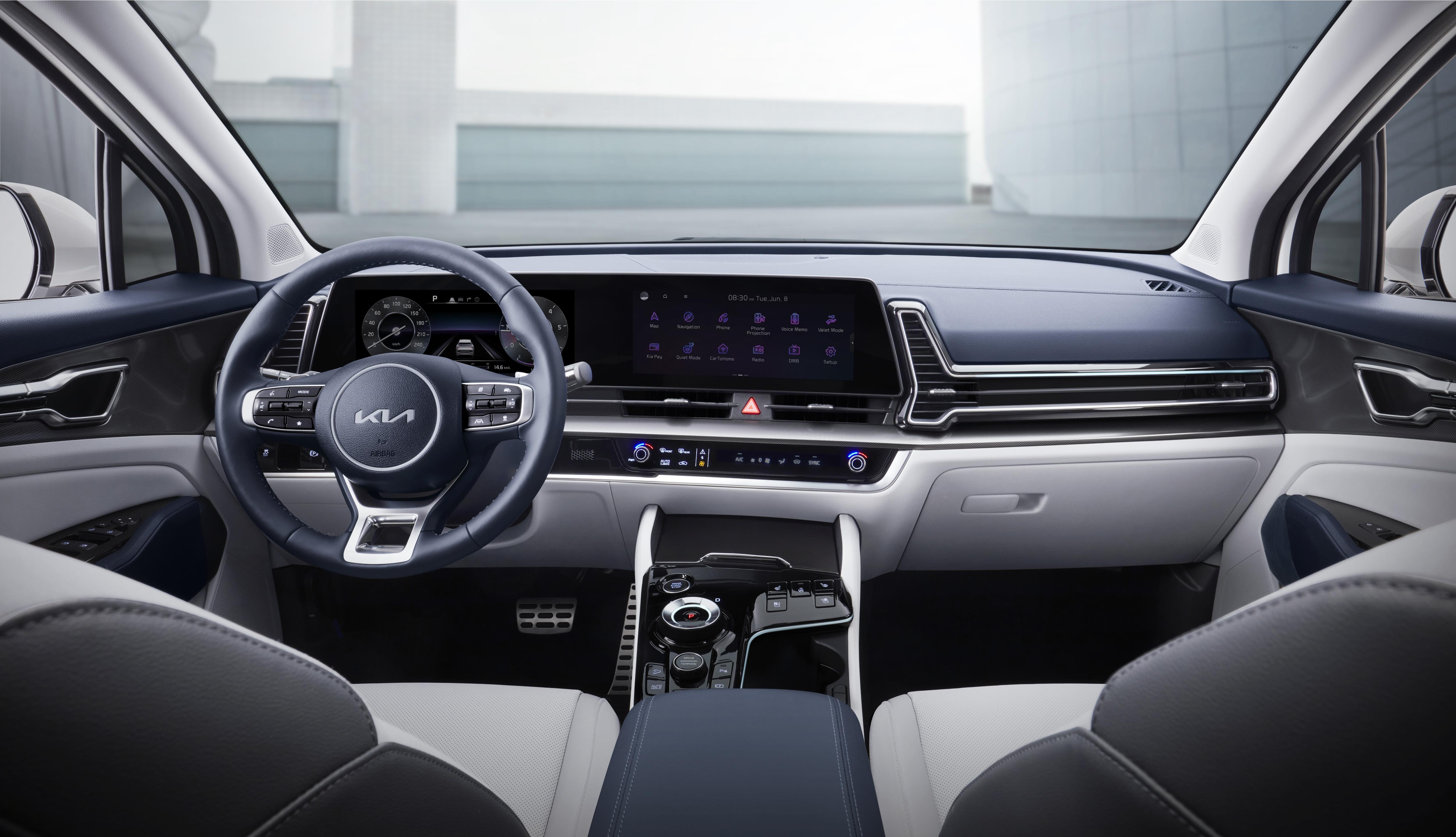 The interior of the 2022 Kia Sportage SUV

Moving inside the new Kia Sportage , the cabin has now been transformed into a more luxurious and comfortable space for occupants. The cabin is dominated by a huge horizontal screen that houses the digital dashboard and the infotainment system. The vents for climate control now have a three-dimensional effect. 2022 Kia Sportage also gets a new multifunctional steering wheel.

Kia has also replaced the traditional gear lever with a rotary gear selector inside the 2022 Sportage. The gear also has a selector of driving modes , the heating and ventilation controls of the seats.

Kia has not yet revealed the details about 2022 Sportage SUV's powertrain and other specifications related to the drive dynamics. However , since it shares the same platform with Hyundai Tucson and Kia K5 , it may get a 2.5-litre naturally aspirated engine , a plug-in hybrid variant as well as a turbo version.