Ola Electric had earlier confirmed that it will open final payment window for its S1 Pro electric scooters on January 21 for customers who had paid ₹20,000 earlier.
By : HT Auto Desk
| Updated on: 20 Jan 2022, 11:43 AM 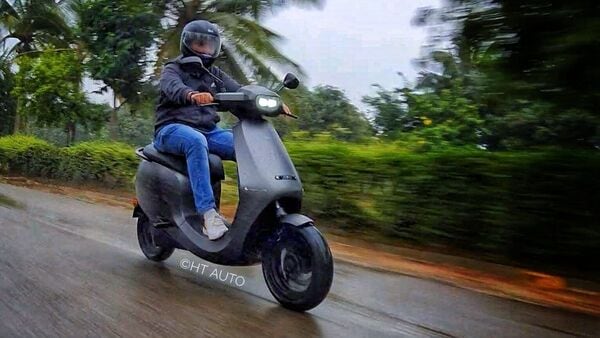 Ola Electric will open final payment window for customers who have booked their S1 and S1 Pro electric scooters at 6pm on January 21. The electric two-wheeler manufacturer will open the payment window only for those who have already paid ₹20,000 for the scooters.

Ola Electric has asked its customers to pay the remaining amount only through its Ola app when the window opens. Earlier last week, Ola Electric said it will upgrade its S1 customers to S1 Pro hardware, providing them with all S1 features. The customers will also be able to unlock Pro range, hyper mode, and other features with a performance upgrade.

The Ola S1 electric scooter is priced at ₹1 lakh while the S1 Pro variant comes for ₹1.30 lakh (ex showroom, before state subsidies). The S1 e-scooter claims to cover 121 kms on a single charge. The more-expensive S1 Pro brags of going around 180 kms before needing a recharge even though the real-world range is around 130 kms.

Ola Electric had opened pre-launch bookings of its electric scooters last year in July. The company claims it received around one lakh bookings against a nominal amount of ₹499 within just 24 hours. However, it took four months for Ola Electric to finally start delivering the scooters to its customers after launching the S1 and S1 Pro on August 15.

The delivery of the Ola electric scooters was delayed primarily due to chip shortage crisis. Later, CEO Bhavish Aggarwal said that the company is now producing nearly a thousand scooters every day.

Ola Electric manufactures the S1 and S1 Pro electric scooters at the company's 500-acre facility located in Krishnagiri district of Tamil Nadu. Ola had earlier said that the facility, called Ola Futurefactory, will have a capacity to manufacture 2 million e-scooters during its initial phase and up to 10 million units in the future.