Audi S5 Sportback may be a niche offering in India but promises to be one that is tailor-made for the enthusiastic driver.

Audi India launched the S5 Sportback in the country earlier this week. Primarily meant for those who want a thrilling drive experience from behind the wheel, the Audi S5 Sportback is tailor-made for thrills and comes in via the Completely Built Unit (CBU) route. But while that may mean only a limited numbers are up for grabs, the German auto giant is gradually looking at making sportscars such as the S5 Sportback more accessible to Indian customers. 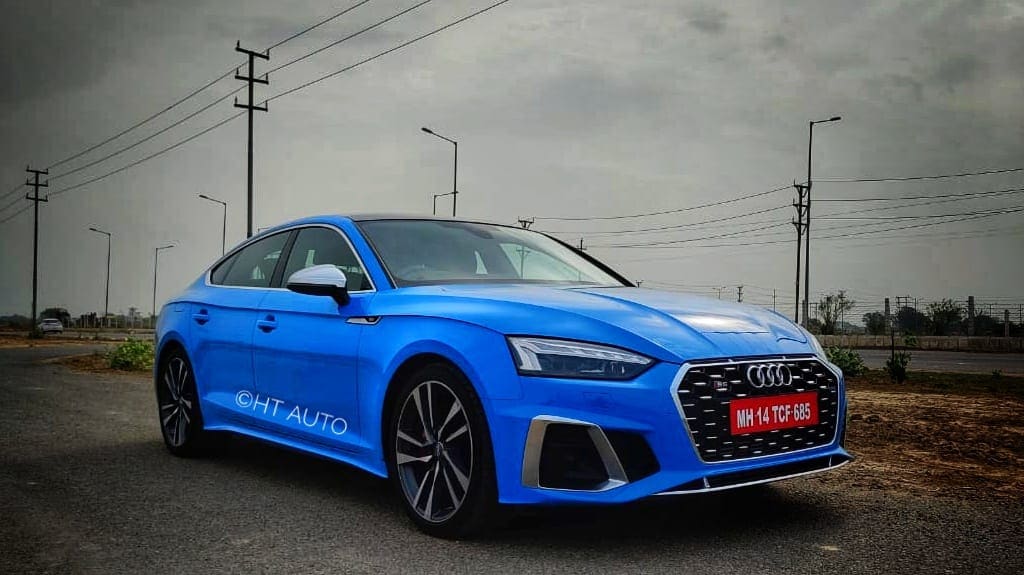 Audi S5 Sportback gets a 3.0-litre V6 turbo-petrol engine at its core.

The S5 Sportback is powered by a 3.0-litre V6 turbo-petrol engine which helps its produce 354hp. It also has 500 Nm of torque on offer and claims to sprint to 100 kmph in just 4.8 seconds. It is fast, seriously fast. But what was the thought process that went behind driving the Made-in-Germany car here? "We launched two sportscars last year – Audi RS7 and RS Q8. Both these cars bring in luxury sports niche in the country. But, with S5 Sportback, we wanted to make sportscar more accessible for the customers," Balbir Singh Dhillon, Audi India Head, tells HT Auto. "Obviously, the RS7 and RS Q8 come at different price points. The accessibility is limited. But, the Audi S5 Sportback will be accessible to much more audience than we could bring with the other models."

At a time when there is a clear focus on not just offering performance vehicles but performance vehicles at comparatively affordable price points, Dhillon explains that even niche products may be made locally if these manage to find a strong response. "If the threshold volume is achieved for any particular model, going forward we will be happy to produce more models in the country," he says.

But what bringing in vehicles via the CBU route does is that it offers Audi a high degree of flexibility. Dhillon explains that newer models launched globally can be brought in quicker to India while locally manufacturing volume models. "At the end of the day, affordability and every price point has a certain set of prospective buyers in a particular country. We are mindful to that. So, going forward we will continue to make most of volume models in India, like past. At the same time, we would also like to offer niche products like S5 to be made in Germany," he says.

But how would a performance car fare in a market that is leaning towards a preference for SUVs? Dhillon though still believes that sedans as well as SUVs define Audi India's success in equal measure. "A vast percentage of people and a large percentage specifically for Audi are buyers who want to drive," he outlines. " No doubt SUVs play a very crucial role for us. But I think, as we move on the focus still will be 50-50."

The switch to electric power though is likely to end the sedan vs SUV debate and may put the focus on the technology inside the body shape rather than the body shape itself. And Audi India appears determined to make the most of it. "We will bring the e-Tron and e-Tron Sportback in next two to three months time. We are very much looking forward to take our journey to the next level, where we will introduce electric cars in the country," Dhillon states.