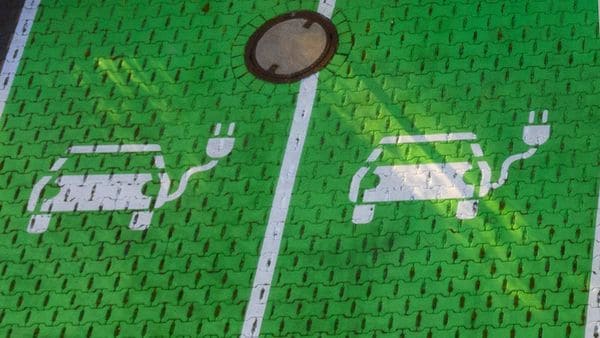 A meteoric rise in China’s US-listed electric-vehicle stocks that disrupted market-value rankings and left some industry observers scratching their heads is showing signs of fizzling.

After reaching record highs in New York, EV makers NIO Inc., Xpeng Inc. and Li Auto Inc. each lost more than 10% over the past week. A dramatic drop by giant Tesla Inc. -- amid intensifying competition and the company missing out on being included in the S&P 500 Index -- has some investors questioning the prospects of smaller Chinese contenders.

The stocks’ surge was based on investors betting that Tesla will help broaden the appeal for electric cars and leave room for smaller marques to thrive too. But Tesla is profitable even as it spends on ambitious global expansion. By contrast, the Chinese companies are losing money even though they’re only focusing on their home market for now.

“Valuation is an art, and if you just look at their books, these are frothy," said Chen Da, executive director at Anlan Capital. “But a bubble won’t always pop -- often the way growth stocks digest high valuations is through sideways moves as they wait for earnings to catch up."

Until that point, here are five things for investors to keep in mind:

Because NIO, Xpeng and Li Auto are unprofitable and currently only deliver a few thousand vehicles a month, valuing them is based entirely on future potential. And that makes it largely guesswork.

The companies trade at about five to seven times estimated 2021 revenue -- close to what Tesla was valued at about five years ago, when it was in a similar development stage.

Meanwhile, some Chinese makers of gas guzzlers that have remained profitable even during the coronavirus pandemic -- such as the giant SAIC Motor Corp. and BAIC Motor Corp., which combined sell millions of cars every year -- are valued at significantly less than one times their estimated 2021 revenue.

While electrification is an irreversible trend, the shift is slow. Although the Chinese government has spent billions of dollars nurturing its electric-vehicle industry over the past decade, 95% of cars sold in the nation are still fossil-fueled. Consumers are concerned the driving ranges and charging infrastructure aren’t yet reliable enough to meet their needs, and that’s a fair assessment.

Teething problems such as battery-explosion incidents are undermining other motorists’ confidence in the new technology. New-energy vehicle sales will fall about 9% this year to 1.1 million units, the China Association of Automobile Manufacturers predicts, in what would be the second straight annual drop.

China’s central government, which started funding new-energy vehicle purchases in 2009, has been gradually winding back incentives before a scheduled policy exit at the end of 2022. Subsidies on NEVs have been slashed by more than 70% from what they were in 2015. Rather, Beijing has shifted its focus toward building infrastructure and stimulating development of key technologies.

Elon Musk’s global electric-car leader started deliveries from its multibillion-dollar Shanghai plant around the start of the year and has quickly grabbed a top position in the Chinese market. Registrations of Tesla vehicles in China topped 50,000 in the first half.

The U.S. manufacturer is also preparing to start building its Model Y crossover in Shanghai -- a product that directly competes with the SUV offerings of NIO and Xpeng. The intensifying competition may result in price competition as the local contenders try to challenge Tesla’s brand cachet.

Then there are the giants

At the same time, they’ve got room to cut prices of their gasoline cars. All of that is going to make life more difficult for EV startups just as they’re trying to attract buyers and maintain their prices to work toward profitability.