Why imports of Chinese electric cars have left Renault rattled

Chinese models are arriving in a market that’s becoming increasingly crowded with new EVs, including Renault’s updated Zoe subcompact and Volkswagen AG’s coming ID.3.
By : Bloomberg
| Updated on: 12 Jun 2020, 08:19 AM 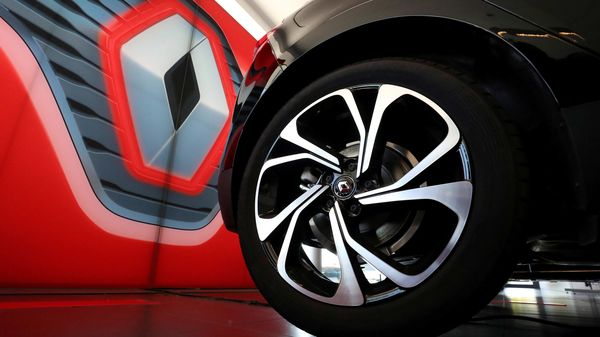 Renault thinks imports of Chinese electric cars in Norway will pose a ferocious threat to its prospects in a growing EV market.

A flood of Chinese electric cars coming ashore in Norway -- one of the biggest markets for battery-powered vehicles in Europe -- is a sign of the “ferocious competition" awaiting the region’s automakers.

That warning by Jean-Dominique Senard, chairman of struggling French carmaker Renault SA, comes as European manufacturers roll out more electric cars in the midst of a deep slump brought on by the coronavirus.

Tighter emissions rules across the European Union have prodded automakers to lean into the transition to electric powertrains or face big fines this year. To further spur electric-car sales, the governments of France and Germany have included extra incentives for the purchase of electric vehicles in economic stimulus packages.

As a result, the Chinese models are arriving in a market that’s becoming increasingly crowded with new EVs, including Renault’s updated Zoe subcompact and Volkswagen AG’s coming ID.3.

“We are going to face ferocious competition from within and outside Europe," Senard told French lawmakers Thursday at a parliamentary hearing. “We have to turn around quickly to be able to counter these new entrants" selling inexpensive but reliable cars, he said.

Norway is the fourth-biggest market for all-electric cars in Europe, thanks to generous incentives implemented before its larger neighbours. As an early mover, it’s been used by manufacturers including Tesla Inc. as a commercial testing ground.

In the first quarter, electric-car sales in the country slid 12% due to the virus slowdown. Yet with 16,347 vehicles sold, it still took fourth place behind much more populous Germany, France and the UK, according to figures published by the European Automobile Manufacturers Association.

The arrival of Chinese brands in Europe is a relatively recent phenomenon, and they are converging on the Nordic market at a tricky time for European manufacturers. British brand MG Motor, owned by Chinese giant SAIC Motor Corp, has sold 600 of its EZS models in Norway, while a number of other companies are preparing their entry this year, according to the Norwegian Automobile Federation.

These include BYD Co, the Chinese electric-vehicle maker backed by Warren Buffett, and Polestar, the venture between Volvo Cars and Zhejiang Geely Holding. Alibaba-backed Xpeng Motors also is planning to start sales in the country, as is Shanghai-based automaker Aiways.

Domestic European manufacturers are rushing out new hybrid and purely electric models to meet regulatory requirements. VW’s ID.3 is one of 70 new battery-powered cars planned by the German group in coming years. Renault is pushing its new Zoe, while rival PSA Group is offering a less-expensive, two-seater called the Citroen Ami.

For Renault, an accord between Aiways and a local Hertz Global Holdings affiliate for electric SUV rentals on the Mediterranean island of Corsica is striking even closer to home. Senard told lawmakers that may be a prelude to a broader marketing push on the Continent.

“There are a lot of Chinese startups making electric vehicles, including one testing SUVs in Corsica to see if they are adapted to the European market, and then to sell them all over Europe," he said.