Home Auto News Why Do Cars Catch Fire? Dubai Police, Owners Of Priciest Of Models, Has A Reason

Why do cars catch fire? Dubai Police, owners of priciest of models, has a reason

Dubai Police has responded to as many as 94 incidents of vehicle fire this year alone and outlines one mistake that even you may be guilty of if you own a car.
By : HT Auto Desk
| Updated on: 11 May 2022, 10:44 AM 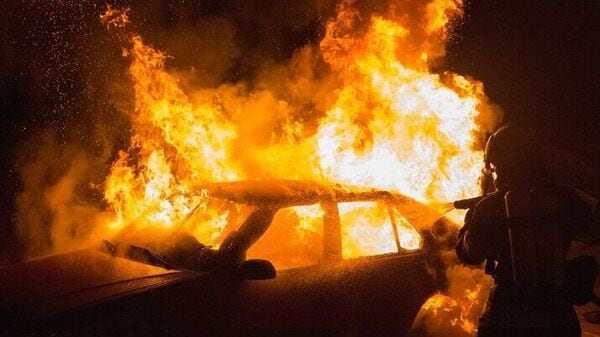 Dubai Police department undoubtedly has some of the most exotic, costliest and ultra capable vehicles of the world in its fleet. From menacing SUVs to speed cruisers and luxury rides, the Dubai Police force repeatedly makes headlines for acquiring cars that aren't usually in the law-enforcement budget anywhere else. But purchasing is one thing and maintaining these are another, and therefore, when the police force spells out reasons for car fires, it is a safe assumption that they are in the know and are most likely correct.

Recently, the Dubai Police force reacted to rising incidents of car fires in the city during the summer months and blamed poor servicing practices as the one major reason. According to a report in Gulf News, the department outlined that improper servicing or servicing done outside of authorized places leads to malfunction that can often cause fire in the most unfortunate of culminations. An official with the General Department of Forensic Sciences and Criminology was also referred to as saying that of 94 car fires this year, most were due to two reasons - traffic accidents and incorrect or improper servicing of the affected vehicle. “Blazes were reported in cars, buses and trucks until April 10 this year. The main cause was poor inspection or getting the servicing done from non-certified garages," First Expert Ahmad Mohammad was quoted as saying. "Drivers should have regular service checks. They must ensure to take their cars for servicing at reputable garages and avoid unauthorised modifications or using parts that are not compatible with the electrical system of the vehicle."

It is also being increasingly advised that owners do not park their vehicles near flammable substances and not keep potentially flammable liquids in the vehicle when it is parked directly under the summer sun. Electric devices ought to be disconnected at such times as well.

And one of the precautions that drivers may also take is having a compact fire extinguisher in the vehicle, ideally within the reach of the driver or passengers.