Tesla Model S has a certified range of 400 miles but most EVs now are aspiring to hit 300 miles per charge.The need for batteries in EVs to offer a long range between charges is crucial for success of electric mobility.
By : HT Auto Desk
| Updated on: 27 Jul 2020, 10:05 AM 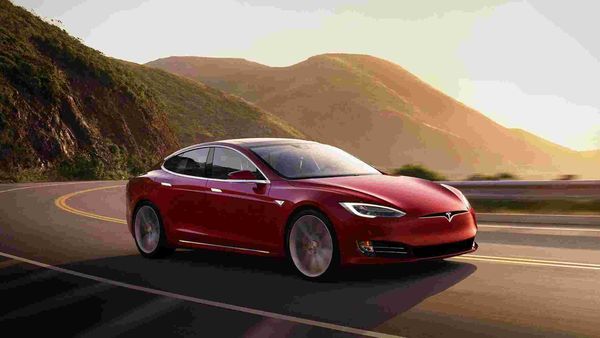 Cars like Tesla Model S highlight battery range more than anything else because this is a key factor for customers when buying an EV.

As electric vehicles flex muscles in countries the world over, a large part of the success is due to the rapidly rising range that batteries inside these vehicles have on offer. And while supporting charging infrastructure is still being developed - even in countries with relatively high EV adoption, much of the responsibilities to curtail range anxieties fall on the battery pack itself. Little wonder then that 300 miles or around 480 kilometers is fast becoming the gold standard of the EV revolution.

(Also read: Mercedes confirms EQS electric sedan will have a range of more than 700 kms)

One of the biggest factors that previously kept people from buying a EV was the curtailed range that yesteryear cars had on offer. Even the popular models from earlier - like Nissan Leaf - had a maximum range of around 75 miles or 120 kilometres. But newer models of older EVs as well as new products have significantly more range per single charge which is convincing more and more people - among other factors - to dive into the EV space.

(Also read: How Tesla Model S became first-ever EV to have range of over 644 kilometres)

Tesla CEO Elon Musk recently explained why a range of 300 miles is not a luxury but a necessity. "With regard to passenger vehicles, I think the new normal for range is going to be just in US EPA terms approximately 300 miles. So, I think people will really come to expect that as some number close to 300 miles as normal," he said, according to Forbes. And he may well be right because the max range figure is based on ideal conditions and real-world conditions may be different. Factors such as speed, load, incline and even AC settings have an impact on the range. Think of it as a power bank for mobile phones - a 2000 mAh power bank doesn't fully charge a phone with a 2000 mAh battery in one go.

Experts agree that a range of around 300 miles would be ideal for people to undertake even long journeys without the need to hunt for power outlets. For city commutes, it would take away the need for regular recharging which would aid the owning experience of an EV.

As such, most OEMs are now targeting this figure and hoping to come close to it. Companies such as Tesla and Volkswagen are even working with battery makers to develop batteries that have a lifespan of over a million miles. This and the range on offer can truly speed up EV adoption as long as government subsidies and incentives continue to play the role they are playing in several countries, especially in Europe.